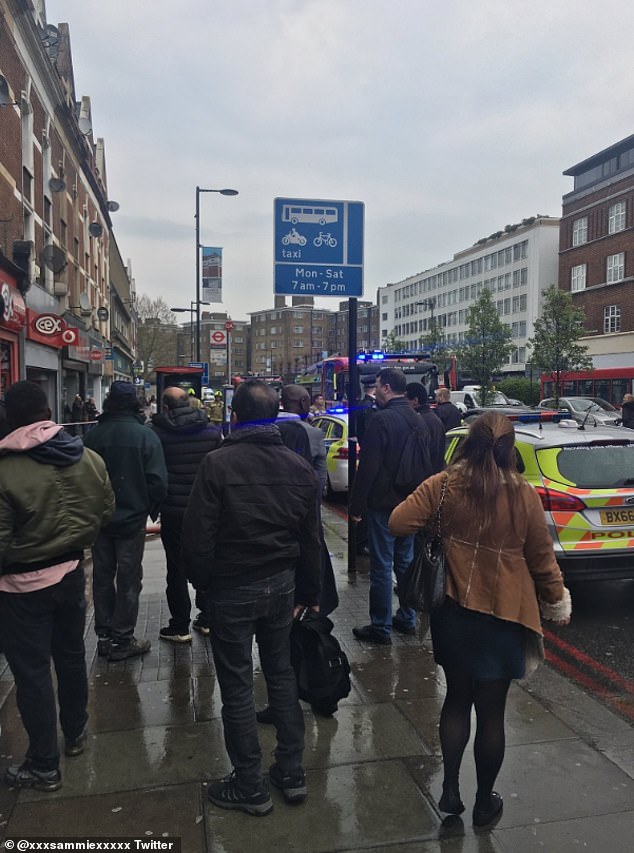 A man was rushed to hospital this afternoon after he had a ‘noxious substance’ squirted over him outside a JD Sports branch in south-west London.

Metropolitan Police said that they were called to the sports store in Streatham at around 2.30pm today.

They are currently awaiting the results of tests to find out what liquid was used in the attack.

Luckily, the man is not believed to have been injured in the attack and no arrests have yet been made.

A police spokesperson said: ‘Police were called at approximately 2.35pm on Tuesday, April 9 to reports of a man assaulted after being squirted with a noxious substance in Streatham High Road, SW16.

‘Officers and London Ambulance Service attended the scene and a man received treatment before being taken to a south London hospital as a precaution.

‘He did not suffer any injuries as a result of the incident.

‘Enquiries continue to confirm the nature of the liquid used.’