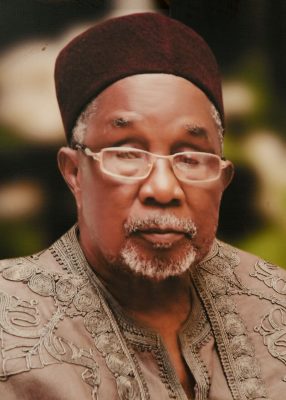 An elder statesman and former minister in the second republic, Alhaji Magaji Mu’azu (Ubandoman Gombe) has passed on late Sunday evening at the age of 80. He died after a protracted illness at the Federal Teaching Hospital (FTH), Gombe where he was receiving treatment for some months.

According to family sources, the funeral prayer will be conducted on Monday (today) at the Gombe Emir’s Palace at 4:00pm. Born in Gombe on March 14, 1939, he trained as auditor in both Nigeria and the United States of America. He worked with the defunct Government of Northern Nigeria and served as senior and principal auditor from 1960 to 1968.

He was also the Auditor General of the defunct North Eastern State, the present Adamawa, Bauchi, Borno, Gombe, Taraba and Yobe states from 1968 to 1976. In 1977, he succeeded his father, late Mu’azu Halilu as Ubandoman Gombe and a ranking member of the Gombe Emirate Council. He was chairman of the National Party of Nigeria (NPN) from 1979 to 1980 during the second republic. In 1980, he was appointed and posted to the defunct Gongola State as the Presidential Liaison Officer (PLO) by President Shehu Usman Aliyu Shagari. In 1983 when President Shagari won his re-election, Mu’azu was appointed as a Federal Minister of Establishments and Training. Among the other positions and offices he held are; President, Bauchi State Chamber of Commerce from 1989 to 1995, director with the Savannah Sugar Limited from 1990 to 1994, director with the defunct Inland Bank PLC from 1992 to 1993, Commissioner at the National Revenue Mobilisation, Allocation and Fiscal Commission from 1999 to 2004, Chairman of the Gombe State House of Assembly Service Commission, 2005 to 2011.

He was at the Nigerian Institute of Policy and Strategic Studies (NIPPS) and awarded the MNI in 1992 and in 2008, the federal government conferred on him the national honour of Officer of the Order of Niger (OON). Until his death, he was the member of the Gombe Emirate Council and Chairman of Kingmakers’ Council that selected the current emir of Gombe, Alhaji Abubakar Shehu Abubakar III in 2014. He is survived by a wife, 16 children and several brothers and sisters. Among his brothers are; AVM Ahmed Tijjani Mu’azu (Rtd), a National Commissioner with the Independent National Electoral Commission (INEC) and CP Zubairu Mu’azu, Commissioner of Police, Lagos State Command.

2019-05-06
Previous Post: El-Rufai Reveals How To End Godfatherism In Lagos Politics
Next Post: Being A prostitute Is Not A Crime, Says Nse Ikpe-Etim