'Let's Do This Deal', Trump Tells May On Day Two Of State Visit [Photos] 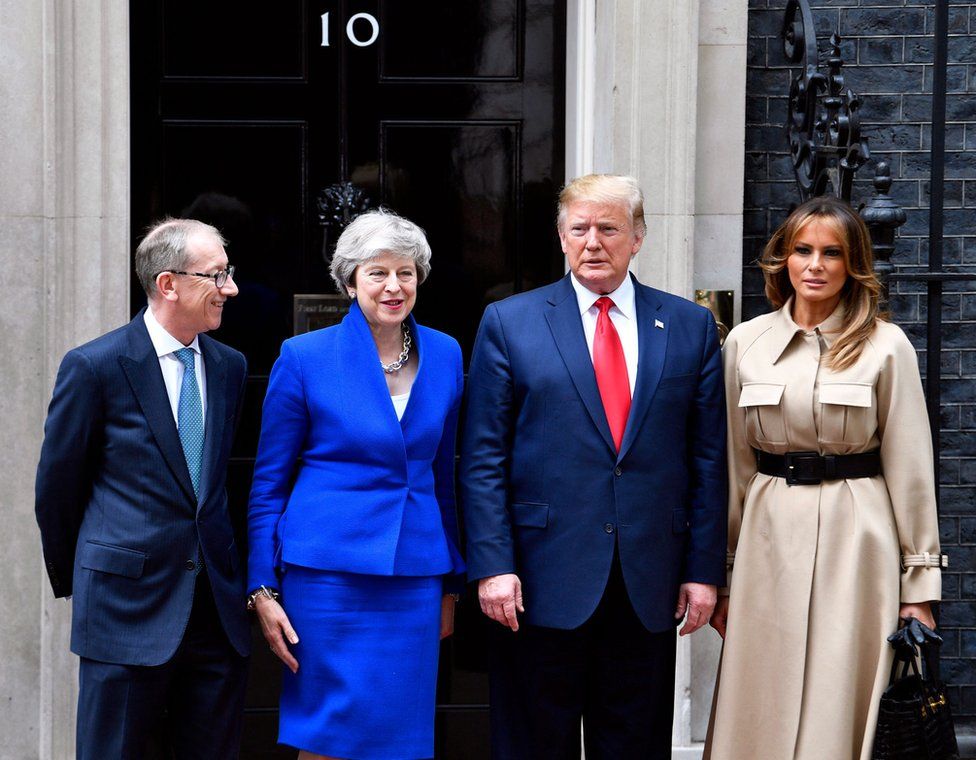 US President Donald Trump has said he believes Britain can have a “very very substantial trade deal” with the US after it leaves the EU.

Mr Trump told Theresa May to “stick around” during a meeting with business leaders on day two of his state visit.

The pair are now meeting at No 10, with contentious issues such as doing business with Huawei on the agenda.

Protesters have gathered in nearby Parliament Square, with Labour leader Jeremy Corbyn due to speak shortly.

During a breakfast meeting at St James’s Palace earlier today, Mr Trump said he believed there was scope for further expansion of trade between the US and the UK.

“I think we will have a very, very substantial trade deal,” he told Mrs May.

“This is something you want to do and my folks want to do,” he added. “Stick around. Let’s do this deal.”

The meeting of five British and five American firms, senior ministers and officials was held in a bid to boost trade links.

Mrs May said there were “huge opportunities” for Britain and the US to work together in the future.

“It is a great partnership but I think a partnership we can take even further,” she told the president, adding: “Of course that is with a good bilateral trade deal.”

The US president is set to hold talks with Conservative leadership hopeful Michael Gove, according to sources close to the environment secretary.

Mr Trump praised Mr Gove’s leadership rival Boris Johnson ahead of his visit to the UK.

A source close to Mr Gove told the Press Association “nothing has been fixed yet” but added: “Mr Gove was asked last night by Mr Trump’s team if he would be able to meet the president today. He said yes.”

Thousands of people are expected to join protests against Mr Trump’s visit on Tuesday.

The Metropolitan Police said 3,182 officers have been deployed to police the president’s visit on Tuesday and to “ensure the safety and security of the public”.