LASTMA: Don’t Spare Anyone, Including My Relations, Cabinet Members – Sanwo-Olu 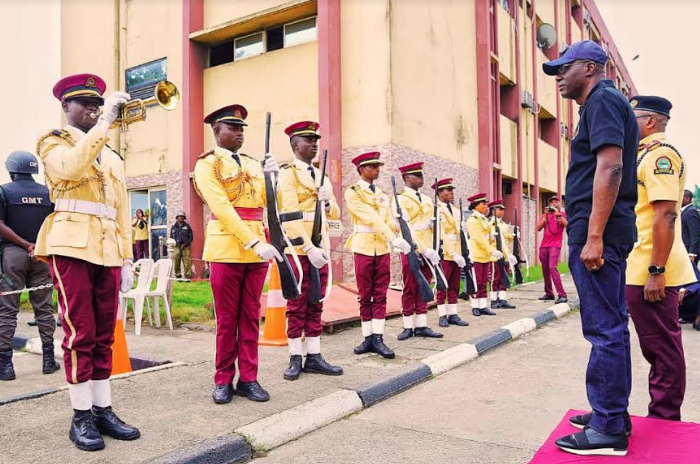 Lagos State Governor, Mr. Babajide Sanwo-Olu on Friday told officials of the Lagos State Traffic Management Authority (LASTMA) not to spare anyone, including his relations and cabinet members.

He also promised any traffic official who falls sick in the course of duty should be treated free of charge.

The governor gave the orders during a visit to the headquarters of the agency at Oshodi.

Stressing the importance of traffic enforcement, the governor said: “I am going to tell members of my cabinet if you are caught violating traffic rules, they must pay fines for offence committed.

“There is nobody to call, nobody is going to be above the law,” the governor said.

According to him, there would be no sacred cow in the enforcement of the law.

He declared if anyone broke traffic law and was arrested, claiming to know the governor, “tell him to call the governor to pay the money for the offence.”

He told them not to listen to anyone from his cabinet who might want to use his position to get someone arrested by the officers off the hook.

Sanwo-Olu promised the officers that he was going to provide all the necessary materials and equipment for them to do their work effectively and efficiently and that he was also going to look at issues concerning their welfare, promising that their allowance was going to be doubled from the end of July.

He, however, told them that to whom much is given much is expected and that since he was going to be using the taxpayers money to better their lot, Lagosians also expect to see a new reformed, ready-to-go, better equipped LASTMA officials going forward.

“Lagosians have told me that they want corrupt-free LASTMA officials.

He told the officials that the agency and its officials are very important for the realisation of one of the major pillars of his administration which is traffic control and management.

He stated it was because of its importance to the economy of the state that he made it the first agency to pay official visit to, promising that issues relating to portholes and bad road would be taken care off to make the officials’ job easier.

General Manager of LASTMA, Musa Olawale thanked the governor for making the agency the first point of call.

He stated it was a demonstration of the governor’s commitment to actualising his traffic control and management when he signed the first Executive Order.

He lamented what his officers go through on a daily basis, stating it is not easy.

According to him: “They have become the number one whipping boys, yet they control the state economy by controlling traffic.”

He promised they were ready to work but that they have issues, which he was sure the governor will tackle.

The governor promised to look into the issues and address them one after the other.