Intruder Breaks Into Buckingham Palace While The Queen Sleeps 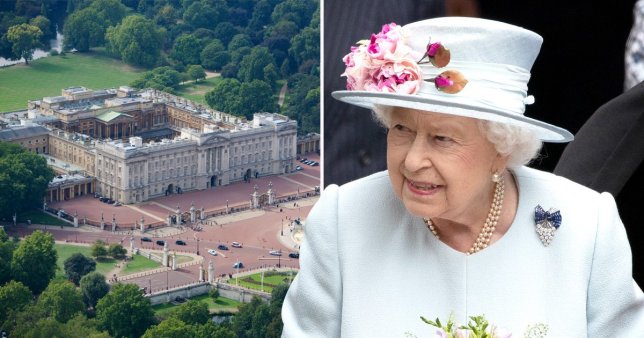 A 22-year-old man scaled the fence of Buckingham Palace in the early hours of the morning and got just metres away from the Queen.

The intruder was banging on doors in an attempt to get inside the palace as the head of state slept in her bedroom.

Police on site took around four minutes to detain him as they tried to assess if he was armed, sources say.

Doors to the 93-year-old monarch’s home are locked up in the early hours of the morning, so he trespasser was unable to get inside.

The royal standard flag was flying at the palace, which could have given the invader a clue that the Queen was at home.

A royal insider told The Sun: ‘This intruder got into the Palace almost 37 years to the day since Michael Fagan ended up getting inside the Queen’s bedroom.

‘There is a genuine theory and very real fear that he could have been launching a copycat operation.

‘How is it possible all these years later that someone can climb the fence and get right inside the grounds without being stopped immediately?

‘What about heat censors and CCTV? The Queen’s safety should be paramount.’

It is understood that the Queen was the only senior member of the royal family sleeping at the palace because of ongoing refurbishment work.

Scotland Yard say the man was arrested on suspicion of trespass and was held at around 2am by officers from the Met’s Royalty and Specialist Protection Command.

The man was not found in possession of any offensive weapons and the incident is not being treated as terrorism-related.

He remains in custody at a central London police station.

It is is not the first time Buckingham Palace’s security team have had to deal with an embarrassing breach.

On the morning of July 9, 1982, unemployed labourer Fagan, scaled the palace walls and got into the Queen’s bedroom.

The monarch pushed the panic button by her bed but got no response while the 31-year-old schizophrenic began talking about his family problems.

She phoned the switchboard but the operator thought it was a prank and couldn’t have been the Queen herself.

Fagan smashed a glass ashtray and threatened to cut his wrists with it as he sat on the end of the Queen’s bed.

The monarch’s long-time aide Paul Whybrew eventually arrived and began talking to Fagan to calm him down.

At the opportune moment, he began wrestling with him and pushed him outside where a maid got the attention of a policeman.