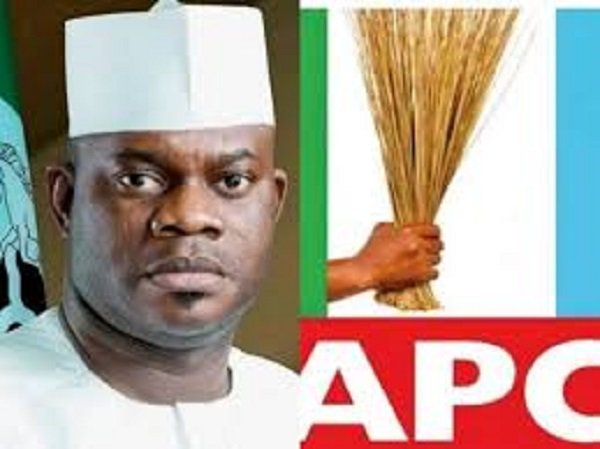 The Governor of Kogi State, Yahaya Bello, has denied that there was a crisis in the state chapter of the ruling All Progressive Congress (APC) which, had been feared, was capable of undermining his second term bid.

Speaking to State House correspondents in Abuja on Monday, he said the party was intact as he had continued to run an all-inclusive government, saying that he will remain in the party.

“If there is crisis there is no how we could have achieved this.”

On the alleged misappropriation of funds by the state government, the Governor said his administration has been transparent and cannot be adjudged to be corrupt.

He further stated: “When you talk about misappropriation of funds, from all our finances, starting from bailout funds to Paris Club refunds, we so much published all our transactions, to the extent that bank statements were published in the dailies and I want to believe that you also have the facts.

“The little resources that we are generating as well, we have been able to achieve a lot of infrastructure development for our state, security infrastructure and several others.

“This is what was not done for the state in the past 20 years of Kogi state’s existence before I came on board, but under three years, we were able to achieve all these successes.

“Probably, some might think we were using stones or sand to do all these but this is the prudent management of resources and the good hands that we were able to recruit in my cabinet and in governance in Kogi State.

“So, those that are making such comments, it’s a strategy; it is either that they want me to perform more or they are simply living in oblivion.

“They don’t know anything that is happening in Kogi state and they cannot participate in Kogi State politics as it stands today because we are doing politics of inclusiveness not exclusiveness, the way it was done in the past.

“So, I want to assure you that the APC in Kogi is intact and I remain a bonafide member of APC and as a matter of fact, I rebuilt the party in Kogi state from the scratch to what it is today and we are able to achieve this feat.

“So, those that are making certain passes of me leaving the party, I think that is their wish and by the grace of God their wish will never be granted.”

On recent remarks allegedly made by the Ohinoyi of Ebiraland, Alhaji Ado Ibrahim, who had been quoted as saying that he cannot support the Governor for a second term of office, the Governor said he does not believe the royal father would say so.

He added: “First of all, the traditional ruler, the Ohinoyi of Ebiraland is my father, I am his son, and in our tradition, there is certain age that when you attain, the right thing is what is expected of you.

“So, I don’t believe that the Ohinoyi of Ebiraland will make such utterances or statements because he knows that upon my assumption of office, I restored the real value for the traditional institution.

“You know what security situation used to be in Kogi state and Ebiraland and today we are having a different story.

“We know that in the past, appointments and employment used to be lopsided in Kogi state. if I decide to balance it, that is not a crime and the citizens of Kogi state rewarded us in the last general elections and I know surely that the good people of Kogi State including the Ohinoyi of Ebiraland is my greatest supporter and he will continue to support me greatly.

“I don’t think he should be misquoted by the Press or anybody. The Ohinoyi of Ebiraland is a revered person, we hold him in very high esteem, he will continue to be my father, my great supporter and by the grace of God, he is urging me to re-contest and also to do more than what I have done in this first term and I promise the Ohinoyi of Ebiraland that he will never be disappointed in my performance by the grace of God.”