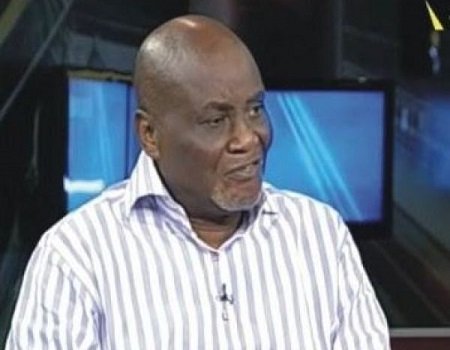 The Ijaw Youth Council (IYC) has slammed the Coordinator of the Presidential Amnesty Programme, Professor Charles Dokubo, and passed a vote of no confidence on him over alleged poor performance in office.

President, IYC worldwide, Pereotubo R. Oweilaemi, Esq., in a statement on behalf of the entire Ijaw nation, said the Special Adviser to the President on Niger Delta Affairs has displayed gross incompetence in handling issues surrounding his office.

“Professor Dokubo is displaying gross ineptitudes in handling this very important office, thereby derailing from the foundation for which the office is established.

“Going by all statistics, the number one man in the office has seemingly abandoned the core values the office is built upon.

“He is being influenced by some external forces outside the Niger Delta to undermine the Programme which is very grievous to the sustenance of existing peace in the region,” the IYC leader averred.

Oweilaemi disclosed under Dokubo, the amnesty programme is enmeshed in a myriad of challenges, “ranging from short payment of the stipends to the beneficiaries of the programme, non-payment of schools fees to students being sponsored by the programme and refusal of the office to pay training allowances and starter packs to beneficiaries, among others.”

He argued that “no Niger Delta citizens, especially the ex-agitators are being treated fairly.

“While Prof. Dokubo is busy giving out contracts and scholarships to service some of his alleged godfathers from other parts of the country, the Ijaw people, who suffered all forms of atrocities in the emancipation struggle, are being consigned to the dustbin by the coordinator and his cohort.

“Even when our foremost national leader, Chief Edwin Clark, invited him for a meeting over the shenanigans in the office, he turned down the invitation.”

According to him, “it appears to all and sundry that Prof. Charles is not ready to do anything with the Ijaw people concerning the Amnesty Programme since he is now hobnobbing with some cabals in Buhari’s Government.

“The Ijaw nation is sending a note of warning to whoever is hijacking the Amnesty Programme for his personal benefit to refrain from it forthwith.

“No doubt that the reason why the country is having an increased crude oil outputs is because of that office.

“If the people for which the office is established are being pushed outside for the selfish interest of cabals in the present government, then they are driving the country’s economy to the precipice.”

The IYC leader, therefore, called on President Muhammadu Buhari to call the National Security Adviser (NSA) to order before he plunges the country into deep crisis, adding that his overbearing influence on the Amnesty Programme, which he said wasn’t under his briefs, is posing a threat to peace in the Niger Delta.