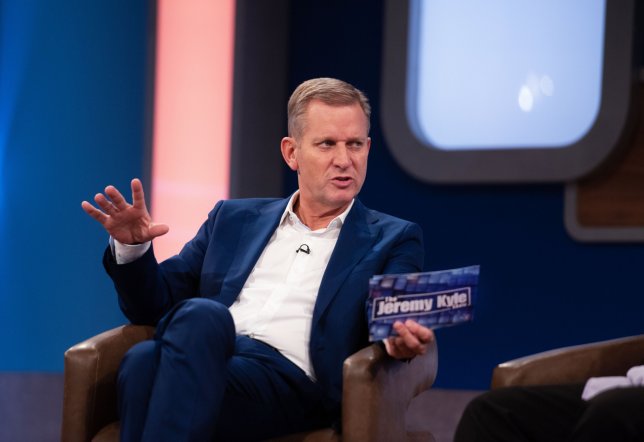 The identity of a man who appeared on The Jeremy Kyle Show and died days after has been revealed as a 62-year-old grandfather, according to reports.

Digger driver Steven Dymond was said to have been ‘feeling suicidal’ and was ‘in tears’ after filming for the now-suspended show with his on-off girlfriend.

Now it’s been claimed by his landlady, known as Shelley, he was found in his bedroom on Thursday following a suspected suicide. The man’s death comes after the episode in question, which was set to air this week, was pulled from broadcast and all previous ITV episodes taken from the hub.

According to The Daily Mail, Dymond, from Portsmouth, Hampshire, had reconnected with his estranged son in the days leading up to his death, where he learned he was a grandfather.

That was after Shelley claimed he returned from filming the show ‘sobbing and distraught’ on 2 May.

She told the newspaper: ‘Four days later he was dead. I really believe it was the show that tipped him over the edge.’

It comes after the aftercare of the show was questioned, forcing an ITV spokeswoman to release a statement that read: ‘Everyone at ITV and The Jeremy Kyle Show is shocked and saddened at the news of the death of a participant in the show a week after the recording of the episode they featured in and our thoughts are with their family and friends.

‘ITV will not screen the episode in which they featured.

‘Given the seriousness of this event, ITV has also decided to suspend both filming and broadcasting of The Jeremy Kyle Show with immediate effect in order to give it time to conduct a review of this episode of the show.’

According to Shelley, who said Dymond had moved in with her and her son following the breakdown of his relationship, the father went on the show earlier this month ‘to prove his faithfullness’ to his partner.

However it was claimed that after failing a lie detector test, ‘the studio audience turned on him and he thought about suicide in the hours afterward’.

‘He was sobbing, he said, “it’s all gone wrong,” and said he had failed the lie detector. He was distraught and devastated. He was traumatised. Steve said it got quite nasty on the show,’ she said.

‘He told me that he had wanted to kill himself […] He was just a mess and he was just humiliated.

’ She questioned the show’s aftercare and called for the show to be taken into account for their guest’s death.

Slamming producers for ‘destroying people for entertainment’, Shelley questioned if there were others who took their own lives after appearing on the show.