How We Busted Drug Cartel That Implicated Zainab, By NDLEA Chief 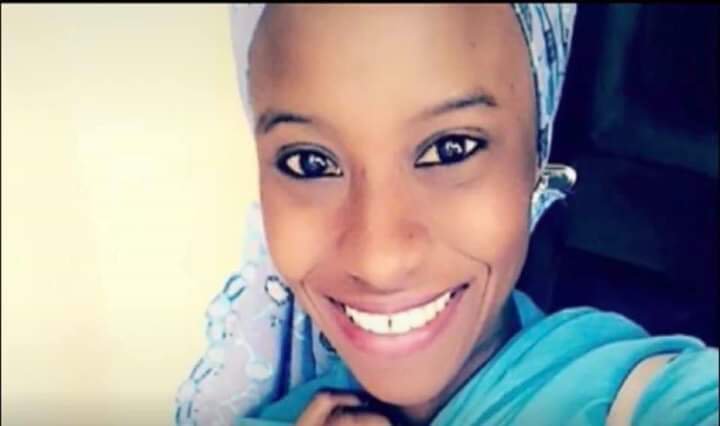 The insistence of the father of Zainab Aliyu, the young Nigerian lady just let off the hook in Saudi Arabia over illegal drug trafficking on her innocence, played a key role in her vindication, according to the National Drug Law Enforcement Agency (NDLEA).

Habibu Aliyu Kila, a journalist, visited the NDLEA office in Kano soon after news reached him of his daughter’s ordeal in Saudi Arabia to vouch for her integrity.

Kila said yesterday that only divine intervention prevented him from travelling with Zainab as he would not have been able to press all the necessary buttons had he not been at home.

Convinced that there might be merit in his claim after all, the NDLEA launched into an investigation that led to the arrest of 10 suspects, the NDLEA Commander in-charge of MAKIA, Mr. Ambrose Umoru told The Nation.

Umoru who described the investigation as not a day’s job said: “when Zainab was arrested at Saudi Arabia, the father visited us here at the airport, insisting that his daughter was innocent of the crime she was being accused of.

“This informed our decision to conduct a thorough investigation into the matter. The first thing we did was to look at the date they took off from the airport. From our records, we were able to establish that 10 people were on duty that very day.

“We went after them; we arrested the 10 of them and commenced serious interrogation. Initially, they denied being involved in the case, but after being detained for days, they started confessing their level of involvement. The number of the suspects was later reduced to six as the other four were confirmed to be innocent. These seven suspects owned up to the crime.

“In fact, the lady among them openly confessed to the father of Zainab and pleaded for forgiveness.

“Before they were taken to court, I remember how the lady held Zainab father’s leg, crying and asking him for forgiveness.”

He said the agency has since set up a committee to “look at ways to avert future occurrence of such incident.”

Continuing, he said: “From their report, we understand that the Departure Hall was always overcrowded, a situation which could pave the way for enemies of the nation to perpetrate their nefarious acts.

He also said that as part of the recommendation of the Committee, airline operators were instructed to provide a form where each passenger will indicate the number of luggage he or she is travelling with.

The form is then duplicated.

“The passenger will have one and the airline operator will have the duplicate. This measure is also yielding results.”

Mr. Umoru also condemned the presence of lock-up shops and open shops within the Departure Hall, pointing out that such arrangement can aid the drug peddlers.

According to him, the absence of modernized luggage scanning machine that can detect narcotic and psychopathic drugs specifically for the use of NDLEA at the airport has remained a big challenge.

Divine intervention stopped me from going to Saudi with Zainab, says father

Kila’s friend and professional colleague, Yemisi Fadairo, yesterday quoted him as saying that only divine intervention stopped him from going to Saudi with Zainab on the ill-fated journey.

“When I served as Special Assistant, Media, to then Governor of Jigawa State, Senator Saminu Turaki, between 2003 and 2007, I worked closely with the Director of Press, Habibu Aliyu Kila.

“Habibu, who has since remained a brother, is the father of Zainab, an undergraduate, who God used President Muhammadu Buhari to save from being executed by the Saudi authorities, for allegedly owning a luggage, tagged in her name and which contained banned drug, Tramadol.

“Habibu and I met today (yesterday), at the 2019 Biennial Convention of the Nigerian Guild of Editors (NGE), in Lagos, and he narrated how a journey, meant to thank God for a blissful 25 years of marriage, nearly turned tragic.

“He believed his sudden decision to opt out of the visit, is divine, as he couldn’t have pursued the case to a logical conclusion, if outside the country.

“Zainab’s four months in prison, as should be expected, was traumatic, but efforts to secure her release, which began from the NDLEA office, in Kano, newspaper publications (kicked off by Mrs. Funke Egbemode, president of the NGE), public protests and petition to the Presidency, yielded result.

“According to him, Mrs. Abike Dabiri-Erewa, SSA, Foreign Affairs and Diaspora to the President, made his request to see her boss possible, and it was the intervention of the listening and compassionate leader, that started the journey of Zainab out of prison.

“He acknowledged that God made a staff of the airport, one of the masterminds of the crime, who specialise in this wicked act, own up.

“The student of Maitama Sule University, Kano, had travelled from Mallam Aminu Kano International Airport, in company of her mother, Maryam and sister, Hajara, but was later arrested over the allegations. Policemen had invaded their hotel, in the early hours of the day, to whisk her away.

“Habibu made me speak to Zainab, who is still in Saudi Arabia, on phone, and I can confirm that like her father (as seen in the photograph), she is in very high spirit and eager to return home.

“I jokingly told Habibu to start paying Zainab “royalty”, for making him a celebrity, because most members of the NGE I told who he is (very few knew him as Zainab’s father), after expressing their astonishment over the sad plight of his daughter, insisted on snapping pictures with him. He also received a clapping ovation, when his presence was announced to delegates, at the kick off of the convention.

“Zainab and her family, who still have hope in Nigeria, are thanking the president and all those who believe her innocence.”

2019-05-05
Previous Post: Husband From Hell: ‘He Raped My Daughter And Bathed Me With Acid’
Next Post: NASS LEADERSHIP: PDP Leaders, Others Move To Back Lawan, Gbajabiamila