Guru Maharaji To Buhari: Appoint Me Special Adviser To Oversee Petroleum, Other Ministries 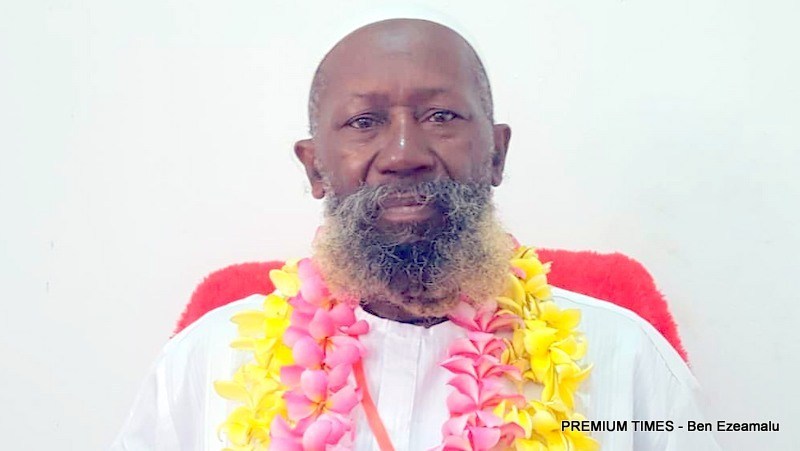 The founder of the One Love Family, Sat Guru Maharaj ji, Tuesday called on President Muhammed Buhari to appoint him as his ‘spiritual adviser.’

He said this has become necessary because other religious groups and their leaders have failed.

Maharaj ji made the request during a press conference to mark the 26 years ‘Anniversary Celebrations of Nigeria Declaration as the new Holy Land of the Universe.’

The event was held at Maharaj ji village, along Lagos/Ibadan Expressway.

He said among his expectations was for the president to appoint him to oversee the ministries of water resources, agriculture, and oil and gas in Mr Buhari’s second term.

Apart from his request for appointment, the controversial cleric also spoke on other issues.

He said the federal government needs to increase the wages and improve on the welfare of judges in the country to stop the temptation of receiving bribes directly or through agents. He also called for the creation of state police, saying it would help improve the security situation in the country.

The cleric advised the federal government to reveal the names of those involved in the mismanagement of funds of some privatised Nigerian companies, including Nigerian Airways, Ajaokuta Steel, Delta Steel, Nigeria Electric Power Authority among others.

He called ror the creation of the Ministry for Culture and Tradition, and the establishment of a ‘social security system to give all unemployed High School graduates the sum of N6,000 , National Diploma holders a sum of N8,000, Higher National Diploma and Degree the sum of N15,000 monthly.’ He said such will take them away from criminal activities.

“The Federal Government should increase the reward for whistle blower to 10% in order to encourage more Nigerians to take up the challenges, Alafin of Oyo should be made Chairman of the Council of Traditional Rulers in Nigeria ‘in consideration of his position from the inception of the project Nigeria as the leading king of the land,” he said.