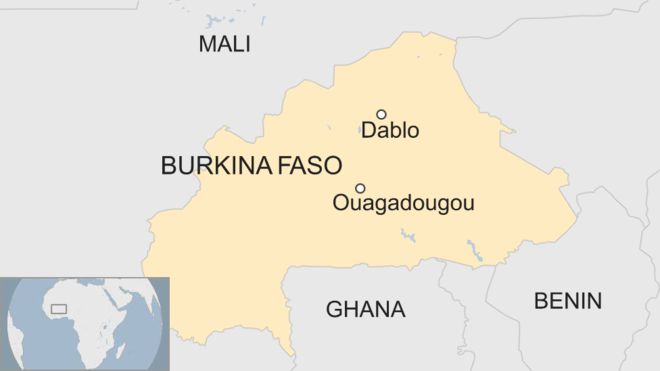 An army of 30 depraved gunmen has stormed a Catholic church in Burkina Faso this morning and killed at least six people, security sources have said.

The church’s priest was also slaughtered as he said Mass in the town of Dablo in the north of the West African country, reports French media.

According to a security source, the massacre was carried out by a “group of some twenty to thirty armed men.”

Ousmane Zongo, the mayor of Dablo, told AFP: “Towards 9:00am, during mass, armed individuals burst into the Catholic Church.

“They started firing as the congregation tried to flee.”

The sick militants also set fire to nearby shops and a health care centre following the shooting, the BBC reports.

Terror attacks are on the rise in Burkina Faso.

There were 137 mass murders in the country in 2018 compared to an average of 15 attacks per year between 2015 and 2017, according to the African Centre for Strategic Studies.

2019-05-12
Previous Post: The Duke And Duchess Of Sussex Proudly Shared A Picture Of Baby Archie’s Feet Today To Mark The Duchess Of Sussex’s First US Mother’s Day.
Next Post: BREAKING: Ambode’s Information Commissioner In Auto Crash