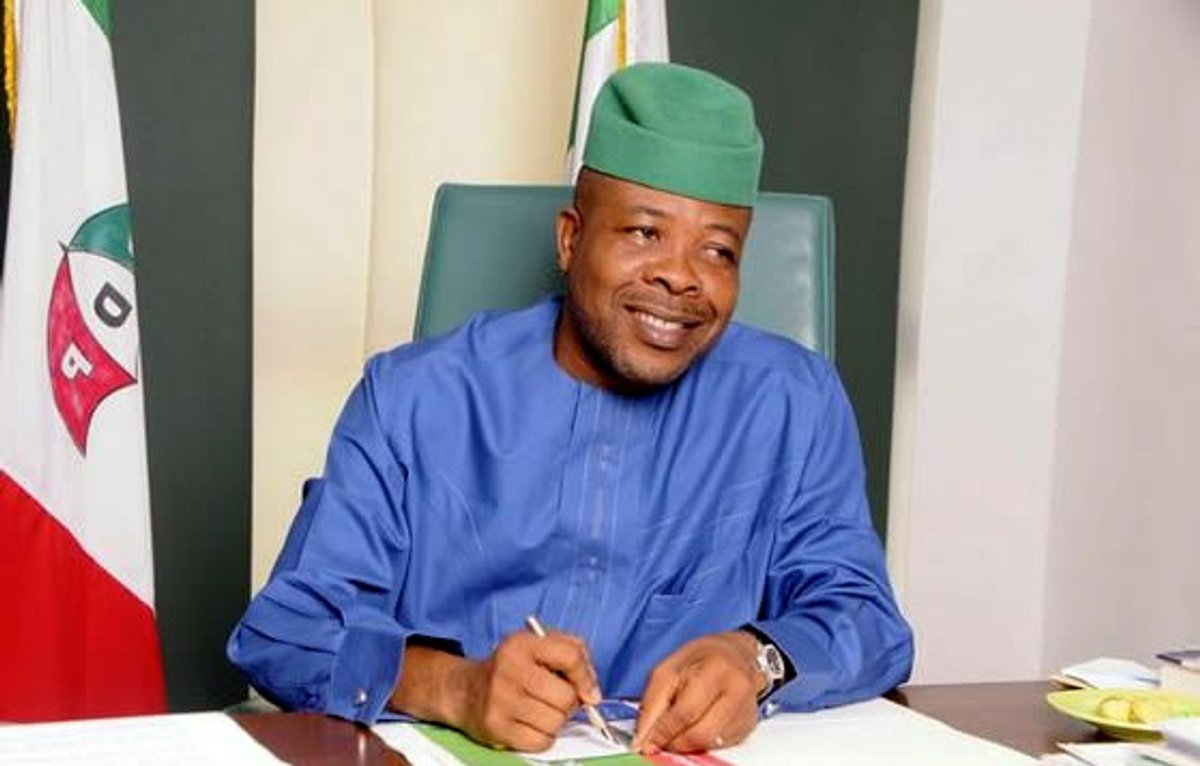 The new Governor of Imo state, Emeka Ihedioha, has denied destroying a tower built by his predecessor, Rochas Okorocha.

DAILY POST reports that the Akachi tower, a monument built by the immediate past administration of Okorocha and commissioned by the Vice president Yemi Osinbajo on May 17, was demolished on Thursday.

The tower which had the symbol of a hand on its zenith, was erected on a dumpsite which was reclaimed by the Okorocha administration.

In a statement on Thursday, the Special Adviser to the Governor on Media, Steve Osuji, claimed that angry residents of the state tried to pull it down.

“Imo State government has no hand in the demolition of Akachi statue.

“Contrary to reports emanating from Owerri, the Government of Imo State has no hand in the pulling down of the gargantuan Akachi statue near Aba Road, Owerri.

“In the same vein, government seizes this opportunity to warn Imo people to desist from unruly behavior and remain law abiding as anyone caught breaking the law would be prosecuted. The security agencies have been put on alert to maintain law and order across the state.

“At about noon on Thursday, a mammoth crowd had besieged the Akachi statue hacking at it and trying to pull it down, apparently acting in pent up anger.

“According to reports, Imo people seem to have nursed a loathing for the statue right from the beginning, considering it a monument that portends ominous auguries for the people of the state,” the statement read.

Osuji added that the tower could have been destroyed by contractors, who worked on the project, but were not paid.

“If government deems it necessary to pull down the statue or any structure for that matter, it would be done properly and in accordance with the law.

“Does it stand to reason that a government that is barely 24 hours old, with no handover notes whatsoever and without an office to work from yet, would concern itself with an ordinary statue? Let it be known that the new government in Imo State has its eyes set on nobler goals which includes fast-tracking the rebuilding of Imo State.

“It is interesting to note that the Akachi statue is a massive monument of a hand pointing heavenwards and rising about 50 feet into the atmosphere.

“Not many in Imo quite understand the significance, if any or importance of the Akachi statue, one of the baleful legacies of out-gone governor, Rochas Okorocha,” he noted.