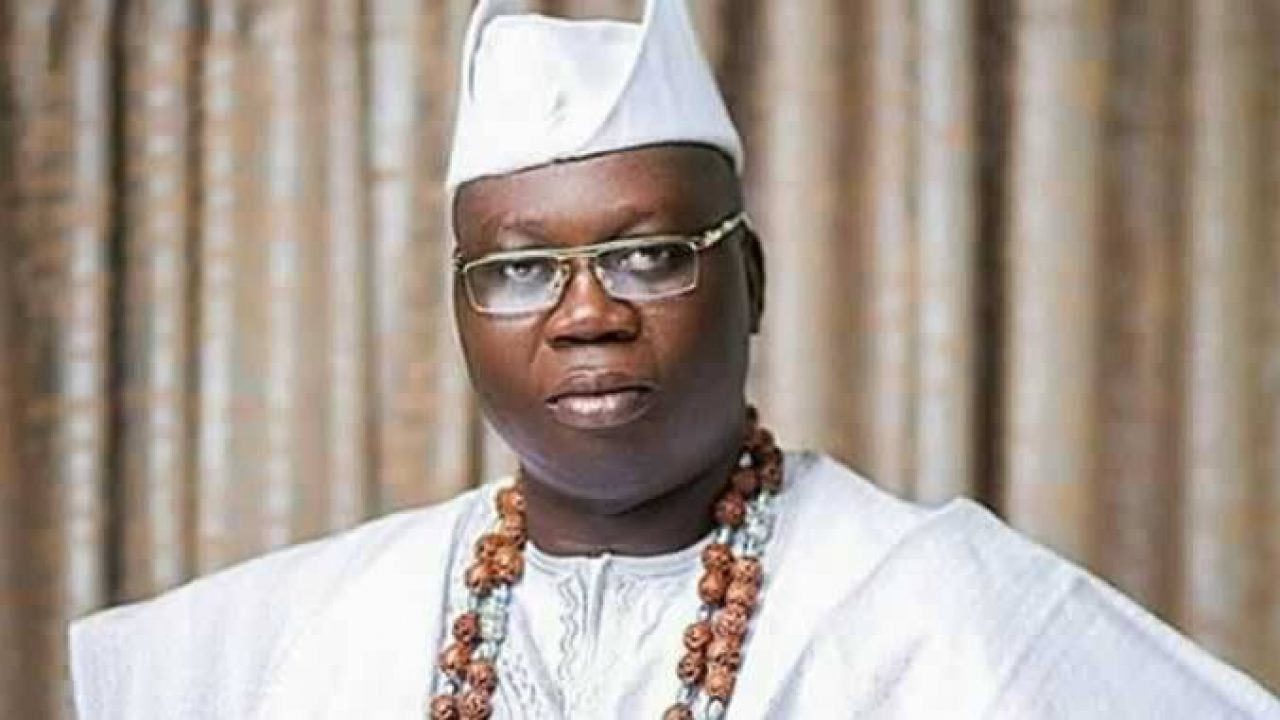 The Aare Ona Kakanfo of Yoruba land, Chief Gani Adams, on Thursday took on the Special Adviser to President Muhammadu Buhari on Media and Publicity, Mr Femi Adesina, on the claim that life had improved under Buhari’s watch.ADVERTISING

This was as Prof Akin Onigbinde described the statistics on Buhari’s achievements as “the reality that we cannot see.”

The three men were among speakers at the 2nd annual lecture of Freedom Online, which held in Ikeja, Lagos on Thursday.

At the event, which had the Ekiti State Governor, Dr Kayode Fayemi, as guest speaker, both Adesina and Adams were guests of honour while Onigbinde was the keynote speaker.

Among other dignitaries on the occasion were former governors of Ogun and Abia states, Otunba Gbenga Daniel and Dr Orji Uzor Kalu, respectively.

Adesina had reeled out statistics on the achievements of the Buhari’s administration since 2015, saying only those who chose to be wilfully blind would not acknowledge government’s achievements.

Adesina said under Buhari’s watch in 2017, Nigeria’s agricultural export grew by 180.7 per cent; while raw materials export in the same year rose by 150.2 per cent.

“Before we export, it means that, to a large extent, we have satisfied domestic demand,” he said.

He added that rice importation had reduced by 90 per cent, saving the country billions of dollars on a daily basis.

“How about the stock market in 2017? The Nigerian stock market ended as one of the best performing in the world.

“Five million new taxpayers were added since 2016,” Adesina said, adding that between 2016 and 2017 government spent N2.7tn on infrastructure, “unprecedented in Nigeria’s history.”

Adesina said it was only those playing politics that would claim not to have seen or felt the impact of government’s achievements.

“If you choose to be wilfully blind, even if they put something in your face you won’t be able to see it,” the presidential spokesman said.

But in his remarks, Adams said though Adesina’s analysis was beautiful, it meant little to the man on the street.

He said, “You made a very good analysis, but by the time we check it, I know you are a very honest person and you are telling us the truth, but with this analysis, I think the grass-roots people should feel the government; they should feel the impact of government by all means.

“I am a regular traveller; I’ve travelled to about 46 countries and I know what is happening in the developed world and when you see most of their economic analysts, they won’t tell you what they are doing theoretically but you will see what is happening.”

He, therefore, called on Adesina to go back to Abuja and tell the President that the people were hungry.

He said, “When my brother, Mr Femi Adesina was making the analysis, it got to a point, I was so shocked because I know the background of my brother, Femi Adesina, as a brilliant journalist. When he was at The Sun Newspaper, you’d love to read his articles and for trying to package their government, I was not surprised.”

Turning to Adesina, the Aare Ona Kakanfo said, “But I want you to pass this message to the President because I remember when President Goodluck Jonathan was in power, he said when they are in that Villa, it’s just like being in a prison or a cage; they don’t know what is happening at the grass roots. But coming to this event, we need to pass this information that you can tell Mr President that Nigerians are suffering. Ebi n pa awon ara ilu (the people are hungry).”

Earlier, Onigbinde had described Adesina’s analysis as “the reality that we cannot see.”

Onigbinde said, “I welcome my friend, Adesina, telling us the reality we cannot see; we are not wearing glasses, these are things I encounter on a daily basis. I have heard about the Metro Rice in Ogun State, I saw it only on television; it is not in Daleko Market and the rice is also not in Kuto.

“I live in Bodija, I can’t see this rice. But Femi is my brother, he has a duty to direct our gaze to what we cannot see and we begin to see things in our imagination.”

In his lecture, Fayemi, who was represented by his Special Adviser on Investment and Trade, Mr Akin Oyebode, said Nigeria must commit huge investment to health care and education.

He said, “No economy can develop without a healthy and competent workforce. Therefore, education and health care are critical social investments required to develop our nation. This is why we must continue to expand the health insurance and ensure that the poorest people get coverage.”