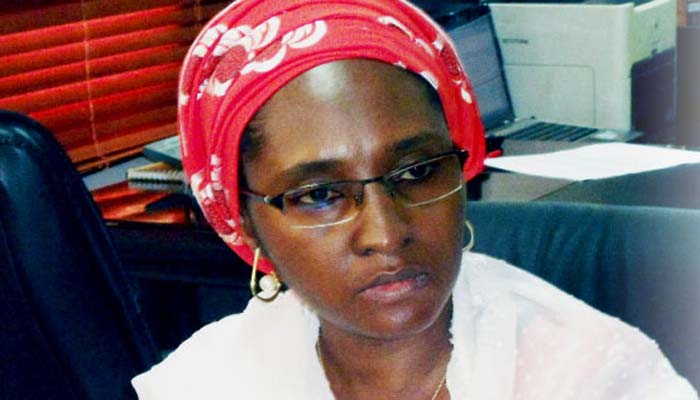 The Minister of Finance, Mrs. Zainab Ahmed, has explained that the increasing debt accumulated by the federal government is a deliberate design to reflate the economy.

Total public debt stood at N24.387 trillion as at December 2018 and the federal government accounts for over N19 trillion of the figure.
The minister, who addressed a press conference in Abuja yesterday, alongside heads of agencies under her ministry, said the debt increase from N12.2 trillion to over N24 trillion “is by design.”

The minister stated that the federal government designed the ERGP to borrow in the first, second and third years, adding that in the fourth year, borrowing was supposed to start reducing.

“That is exactly what we have done. We made sure that we borrowed to finance capital projects,” she said.
The minister argued that at the same time Nigeria slipped into recession, there were other countries in similar situation, stressing that some of them are still not out of recession, “because of the method we adopted.”

Ahmed stated that the consequence of the method adopted by Nigeria to exit recession was the increase in debt, adding that this was why her ministry and all its agencies are working towards increasing revenues.

In response to a question on whether she was nursing some fears in view of the high revenue projection in the 2019 budget in spite of the revenue generation challenges, she responded in the affirmative.

The 2019 budget is predicted on a revenue projection of N6.9 trillion.
Over N7 trillion was projected for 2018, out of which less than N4 trillion was realised.
“Yes but our fear is also a positive motivator and most of what we are doing in the ministry of finance is aimed at driving revenues. The revenues in 2019 is faring better than what we have done in 2018 and I don’t want that fear to go away because that can make us lose our momentum,” she added.

The minister noted that the oil production level still stands at an average 1.95 million barrels per day (mbpd), less than the 2.3 million bpd benchmarked in the budget.

While production has not reached the budgeted 2.3m bpd, the minister expressed relief that crude oil price at an average of $71 per barrel “is helping us to balance the shortfall because our budget was cut out at $60 per barrel.”

Speaking on the new National Minimum Wage, the minister said financial implications had been worked out by the presidential committee that was set up, with the report already submitted to the president.

“We have looked at the report and what we are working on now is how we can finance the new minimum wage.
“Apart from the increase of the minimum wage from N18,000 to N30,000 there is also consequential adjustment that we have to negotiate with the labour unions.

“Two days ago, the SGF (Secretary to the Government of the Federation) announced the constitution of the committee that will do this negotiation,” she added.

Ahmed stated that the total financial implications will be determined after the negotiations.
“The negotiation will determine what every other staff that is above the minimum wage will get. It could be a flat amount or a progression.

“But the other aspect that should be clear is that there is an increase for the NYSC as well because NYSC, by its Act, is designed that they earn at the minimum wage.

“So, NYSC allowance also has to increase to N30,000. So I cannot give you projections right now because the negotiations are not yet concluded,” Ahmed explained.

2019-05-17
Previous Post: The End Of Prime Minister May
Next Post: Zamfara APC Dispute: Supreme Court Fixes Judgment For May 24