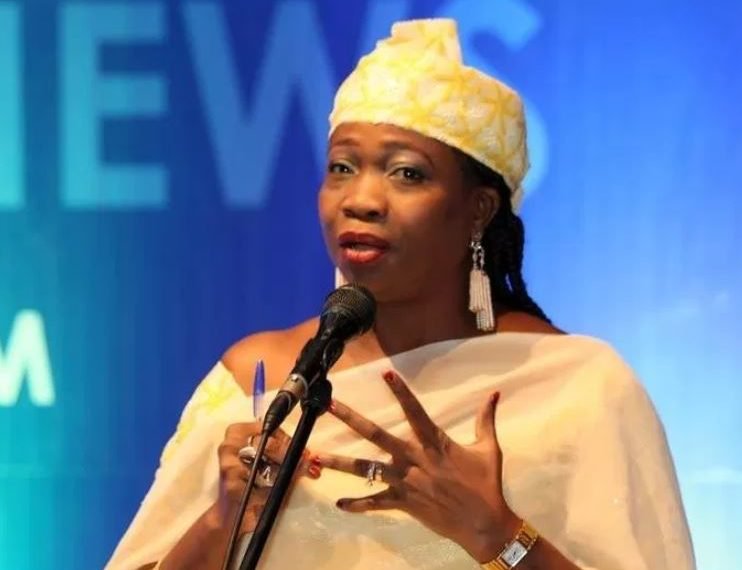 The Chairman Nigerians in Diaspora Commission (NIDCOM), Mrs Abike Dabiri-Erewa, has denied a report accusing some foreign airlines of running drug cartels in the country.

Dabiri- Erewa said in a statement through her Media Aide, Mr Abdur-Rahman Balogun on Thursday in Abuja that the report was not true.

She said that her attention was drawn to some news headlines accusing some foreign airlines of running drug cartels in the country.

According to her, the report with the headline “Egypt, Ethiopian Airlines running drug cartels in Nigeria is a figment of the reporter’s imagination.”

She said that the headline was totally incorrect and not a true reflection of what she said during the Senate committee public hearing chaired by Senator Kabiru Gaya on Wednesday.

The Senate public hearing was geared toward probing the circumstances surrounding the framing up and eventual arrest of Zainab Aliyu in Saudi Arabia over allegation of carrying tramadol drug in her baggage.

Dabiri-Erewa said during the hearing, she only stressed the need for those two airlines to ensure compulsory baggage identification as all cases recorded on the issue of drugs had been from both airlines.

“Luckily enough, the representative of Ethiopian Air, who was at the public hearing promised that baggage identification will be strengthened.

“Members of the public are hereby urged to discountenance any publication that is contrary to this clarification,” she said.