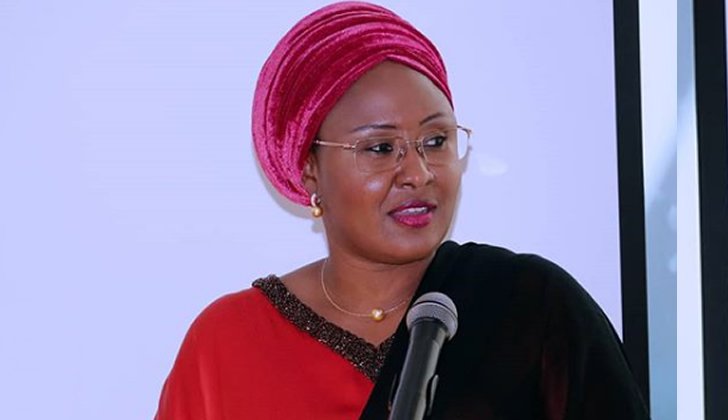 A chieftain of the All Progressives Congress (APC) in Kano State, Alhaji Abdulmajid Danbilki-Commander, has urged President Muhammadu Buhari to take punitive measures against those found guilty of corrupt practices in the handling of N500 billion social intervention funds, NAN reports.

He made the call while speaking with newsmen in Kano on Tuesday on the alleged misuse of the funds made by the wife of the President, Aisha Buhari.

Danbilki-Commander, who is a staunch political associate of President Buhari, said taking drastic measures to punish perpetrators of corruption had become imperative for the business of governance to thrive in the country.

“I am in support of the claim made by the wife of the President, Hajiya Aisha Buhari that social intervention funds amounting to N500bn meant for Women empowerment were allegedly not disbursed in the northern part of the country.”

According to him, no nation can ever develop with corruption eating deep into the fabric of such a nation in an ideal democratic setting.

He said it was most compelling for the Buhari administration to exert severe punishment on those ruining the economy of the nation with levity, adding that where a clear case of financial impropriety was fully established, no one should be spared.

He noted that the claim made by the nation’s first lady, had exposed the illicit disposition of those who often took solace in diverting public funds to their personal coffers unmindful of the consequences.

He said it was also necessary for the presidency to institute a probe into how the monies meant for giving soft loan to women were not distributed to them in Kano and Adamawa states.

“It is high time the presidency instituted probe into the way and manner the soft loan facility was handled in the name of empowerment.

“It is only when this is done that those who failed to dish out the loan facility will be shown the way out.

“Corruption must be treated with brute force. When people are treated with kid-gloves, they begin to mess up without regretting their action,” he said.

On the formation of new cabinet, the APC chieftain said there was need for a massive purge to enable the President work with a sincere and formidable team that would reposition his government on a sound and promising pedestal.