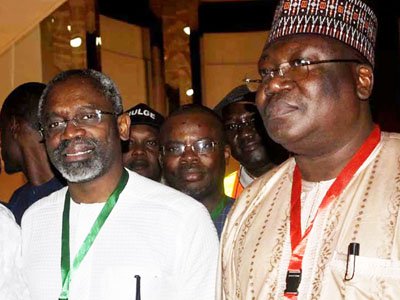 The 2018 budget has lapsed, putting pressure on the Federal Government to begin the implementation of the 2019 budget, The PUNCH learnt on Sunday.

Recall that President Muhammadu Buhari had put a question mark on the N8.92tn budget when he appended his signature to the 2019 Appropriation Bill on May 27, saying the budget would be difficult to implement.

He had added that he would engage the 9th Assembly on how best to address the challenges in the budget for a smooth implementation.

The Senate and the House of Representatives had adjourned plenary till July 2 shortly after their inauguration on June 11.

The Presidency told The PUNCH in Abuja on Sunday that though Buhari would formally communicate the issue to the National Assembly, he would first hold consultations with the leadership of both chambers on how best to address the challenges in the budget before sending any letter.

The Senior Special Assistant to the President on National Assembly Matters (Senate), Senator Ita Enang, who spoke in an exclusive interview with The PUNCH, said consulting the President of the Senate, Ahmed Lawan, and the Speaker of the House, Mr Femi Gbajabiamila, was necessary to avoid creating any impression that there was a dispute between the two sides over the budget.

Enang spoke further, “The budget has just been signed and you know that the National Assembly too has just been inaugurated. The Senate and the House have yet to form their committees; they only sat for two days. It won’t be fair to say that we will send anything to them on the budget now.

“The President will have to raise it and discuss it with the leadership first in order to take a decision on the best way to handle the 2019 budget.”

When reminded that Lawan had announced that the Senate was properly constituted and ready to receive any executive communications, Enang replied, “The Senate President’s announcement that they are ready for communication is what is normally said.

“We do not want to send the wrong signal to the public that there is dispute between the executive and the legislature.”

Findings by The PUNCH on Sunday indicated that two options were being considered to address the challenges in the 2019 budget.

One is said to be the likelihood of the President forwarding a supplementary appropriation bill to the National Assembly to return the cuts Buhari complained about or a request to drop the additional N90.33bn introduced by the 8th National Assembly.