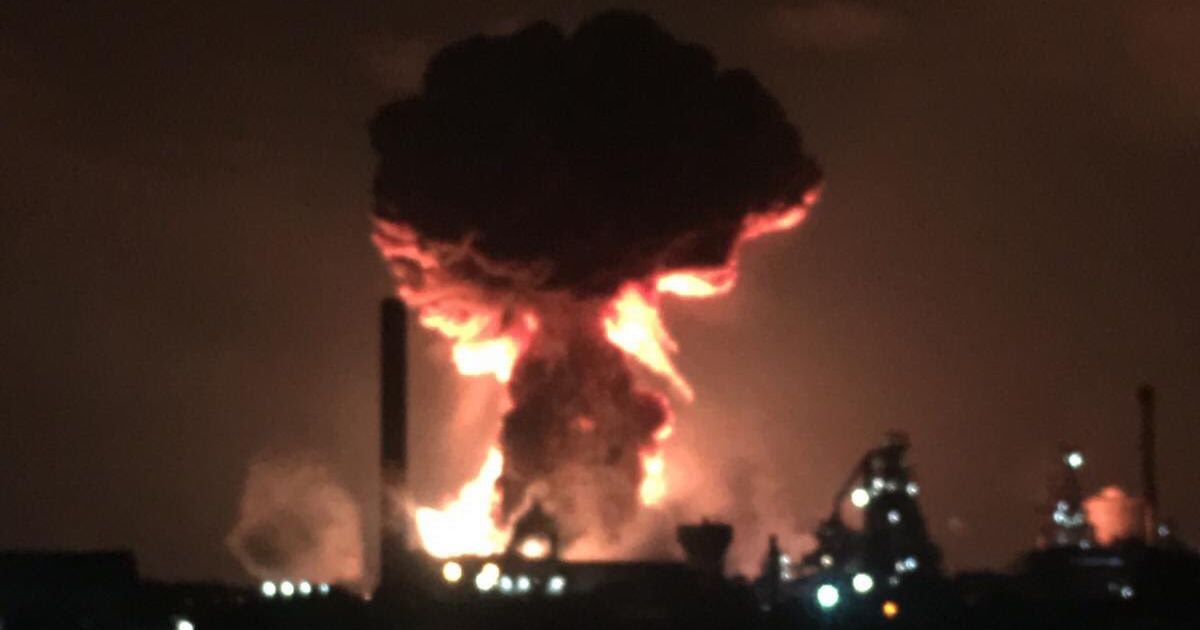 At least two people have been injured in a series of blasts at a steel plant that rocked Port Talbot this morning.

Emergency crews are in attendance at the Tata steelworks in the South Wales town after reports of deafening explosions.

Locals reported being woken by the mystery blasts – which came at around 3:35am.

South Wales Police said that at least two people have been injured although there was no clarification of what caused the explosions.

A spokeswoman said: “South Wales Police is currently in attendance with emergency service colleagues from fire and rescue and the ambulance service at an incident at Tata Steelworks, Port Talbot.

We received numerous calls at around 3.35am reporting an explosion.

“At this time we believe there are just two casualties with minor injuries.

“This incident is ongoing at the moment and emergency services are at the scene investigating.

“We are asking people to avoid this area at this time. We will update further as more information is available.”

Tata Steel confirmed that an “incident” had taken place at the plant.

A brief statement this morning read: “We’re dealing with an incident at our Port Talbot site.

“Emergency services assisting our own personnel. Updates to come.”

More than 4,000 people are employed at the steelworks – which sits at the heart of the local economy.

It is capable of producing nearly five million tonnes of steel per year – making it among the biggest in Europe.

A furnace blast at the plant in 2001 killed three workers and left 12 others seriously injured.

Tata Steel, who took over the plant from Corus Steel UK in 2007, were fined £500,000 over the 2006 death of a worker who suffered fatal burns after stumbling into molten metal.