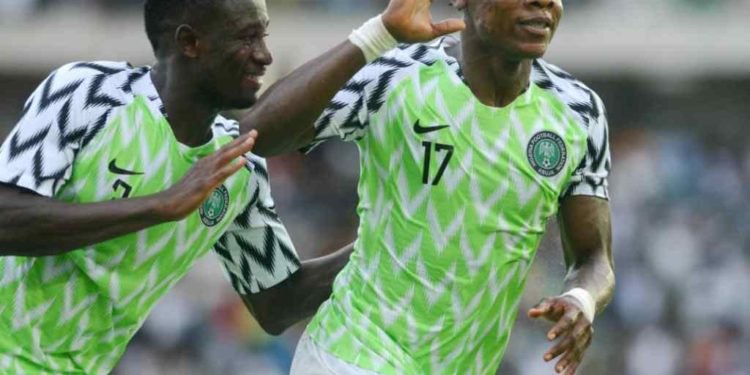 A post on Twitter not on the team’s handle revealed that the Nigerian forward collapsed while trying to take a corner kick in training.  He was immediately stabilized by the team’s medical staff before taken to hospital for tests.

The test revealed he was dehydrated and was consequently advised to take more fluids.

The last five months has been quite challenging for the player who was on the sidelines in May after sustaining a hamstring injury while on club duties for French club Bordeaux.

As if that was not enough, his mother Ozuruonye Juliet Kalu was kidnapped from her car on February 27 as she traveled to her home in Abia state. She was released a week later after a ransom was paid.

Prior to the Nations Cup, head coach, Gernot Rohr had voiced his concern over the fitness level of the player who scored one of Nigeria’s goals against Seychelles during the qualifiers.