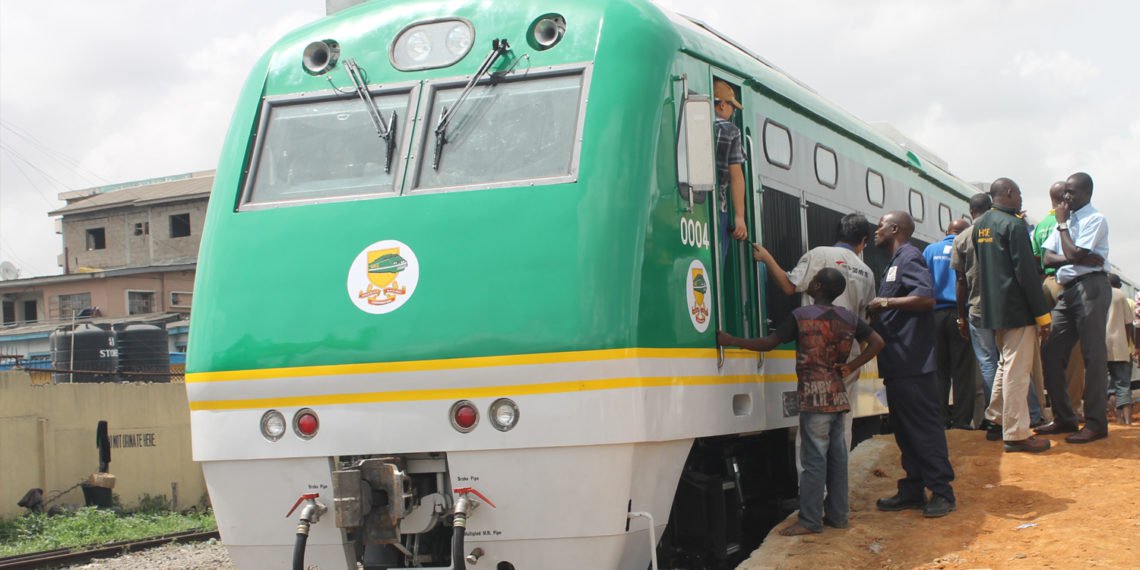 It was a historic moment, as the speed train eventually landed at Ologuneru, Ibadan, the Oyo State capital, which is km 152, of the 157 km-long project.

Alhassan spoke at Ibadan, after a meeting with the contractor, supervising consultants and other stakeholders, at Ologuneru works yard, Ibadan, after the inspection, which took him right from Iju, in Lagos State.

He added that it is only when the two lines have gotten to Ibadan that attention will now be shifted to the provision of ancillary services such as the provision of train stations and other rail infrastructures.

According to him, attention is focused at the provision of  two critical mega stations at Lagos and Ibadan, from where, the NRC chairman said commercial activities will be flagged off.

He said smaller stations between Lagos and Ibadan will be completed  before the end of the year, adding that temporary structures such as potakabins could be provided pending the completion of the stations.

“Work is at various stages at all the train stations. When you have a project of these enormity, you need to prioritise your critical needs and we chose the construction of the rail track. Once this is completed and we have been assured that this would be done before July ending, we would now focus on the provision of ancillary infrastructures,” Alhassan said.

Alhassan commended the President for his commitment to the railway, adding that his commitment has gone a long way in transforming the nation’s railway landscape.

According to the chairman, Buhari’s position was consistent with his avowed commitment to the promotion of the railway as the backbone of the nation’s architecture, adding that such commitment has seen Nigeria join the comity of nations with standard gauge rail infrastructure.

He equally praised the former Minister of Transportation Mr Rotimi Amaechi for his commitment, persistence and sacrifice to the railway project which he said have led to the transformation being witnessed on the corridor.

Speaking on the delays being recorded on the Lagos end, he said much of the challenges was due to encroachment on the right of way, adding that with all issues finally resolved, work has resumed and will be accelerated.

He listed the encroachments to include among others structures, most of which are illegal structures, drainages, gas, oil and water pipelines, high tension cables and bridges, among others.

He said the implementation committee have been fully briefed about the alternative solutions to most of these challenges.

The NRC Managing Director, Mr Fidet Okhiria, in a separate interview, said with the rail tracks almost completed, the corporation is already mapping out strategies of commencing commercial activities on the Lagos-Ibadan rail corridor.
He disclosed that already the corporation have taken delivery of two coaches, which according to him have already been delivered at Papalanto station, in Adumbu village.

The NRC chief said two other coaches are being expected before the end of the month, which would add the total coaches to be deployed when commercial activity rolled up while he would be leading a team to China next month for compliance and certification inspection of any set of rolling stocks.

He said commercial activity would be rolled up by August, and the corporation has identified some places where it could commence the sales of tickets for the speed train.