BREAKING: Police Called To Boris Johnson’s Home Over Reports Of ‘Screaming And Banging’ 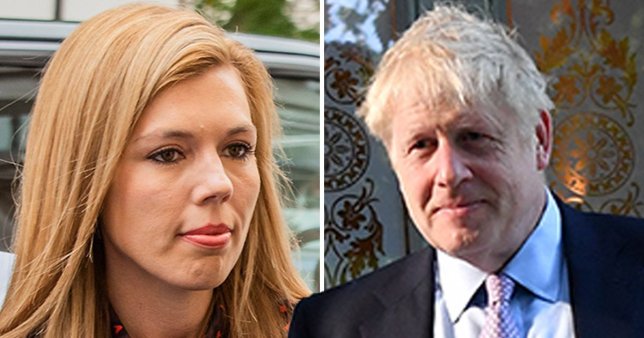 Police were called to the home of Conservative leadership candidate Boris Johnson and his partner Carrie Symonds in the early hours of Friday.

According to reports, officers attended following a call from a neighbour who had allegedly heard a loud altercation from inside the south London flat hours after Mr Johnson secured his place in the final round of voting for the succession to Theresa May as Tory leader.

Scotland Yard confirmed that police had attended an incident in the Camberwell area, but said that there was no evidence of offences or other cause for concern. No arrests were made.

A spokesman for the potential prime minister declined to discuss what had happened, saying only: “No comment.”

A neighbour of the flat where Mr Johnson is staying said that screaming had been heard from inside the property, along with a woman saying “Get off me” and “Get out of my flat”.

The neighbour made a recording of the altercation, on which Mr Johnson can apparently be heard refusing to leave the flat and saying “get off my f***ing laptop”. On the tape, obtained by The Guardian, a woman’s voice can be heard complaining that a sofa had been damaged with red wine and saying: “You just don’t care for anything because you’re spoilt. You have no care for money or anything.”

The neighbour told the newspaper: “There was a smashing sound of what sounded like plates. There was a couple of very loud screams that I’m certain were Carrie and she was shouting to ‘get out’ a lot.

“She was saying ‘get out of my flat’ and he was saying no. And then there was silence after the screaming. My wife, who was in bed half asleep, had heard a loud bang and the house shook.”

A Scotland Yard spokesman said: At 00:24hrs on Friday, 21 June police responded to a call from a local resident in the SE5 area of Camberwell.

“The caller was concerned for the welfare of a female neighbour.

“Police attended and spoke to all occupants of the address, who were all safe and well.

“There were no offences or concerns apparent to the officers and there was no cause for police action.”

Mr Johnson – whose 55th birthday was on Wednesday – left his wife Marina Wheeler last year and began a relationship with Ms Symonds, 31, who is a former head of press for the Conservative Party. She has been credited with sharpening up his image ahead of the leadership race by encouraging him to lose weight and get a better haircut.

There was no comment from the camp of Mr Johnson’s leadership rival, Jeremy Hunt.