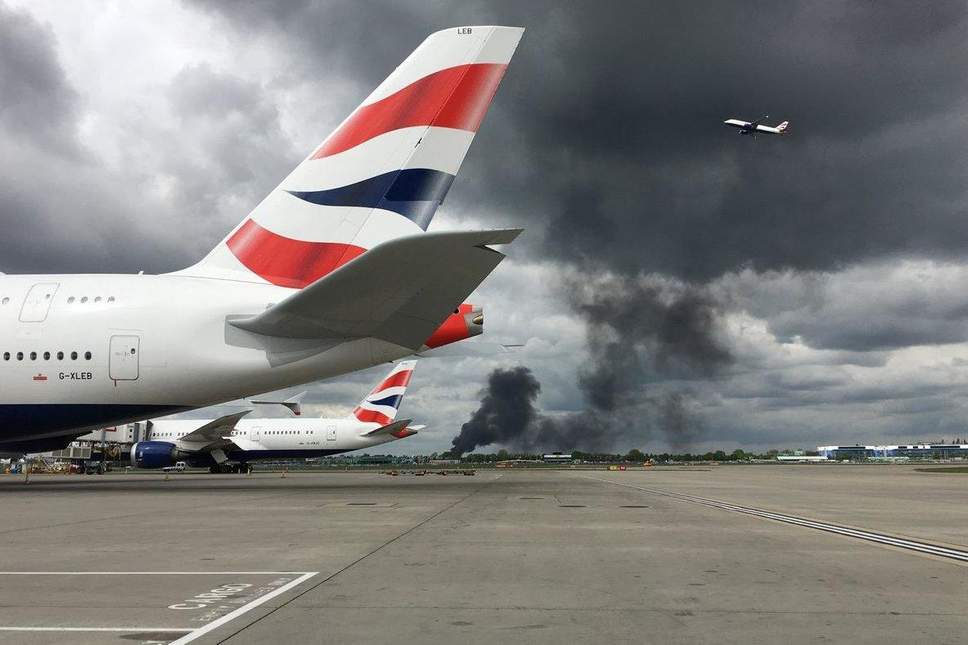 A huge plume of smoke could be seen for miles as firefighters tackled a huge blaze near Heathrow Airport.

Thick, black smoke could be seen billowing into the sky on Sunday afternoon, while witnesses claimed to hear a number of explosions.

Trains through the area were reportedly delayed as firefighters tackled the blaze. People living in the area were told to keep their doors and windows closed.

The London Fire Brigade said six fire engines and 40 firefighters were called to the fire in West Drayton.

A container storage yard at a warehouse was alight, a spokeswoman confirmed.

She added: “The fire is very visible and is producing a lot of smoke. Residents and businesses in the area should keep their windows and doors shut.

“The Brigade’s 999 control officers have taken 54 calls to the fire. Around 15 people left the yard before the arrival of the Brigade. There are no reports of any injuries.”

The Brigade was called 2.16pm. The cause of the fire is not yet known.