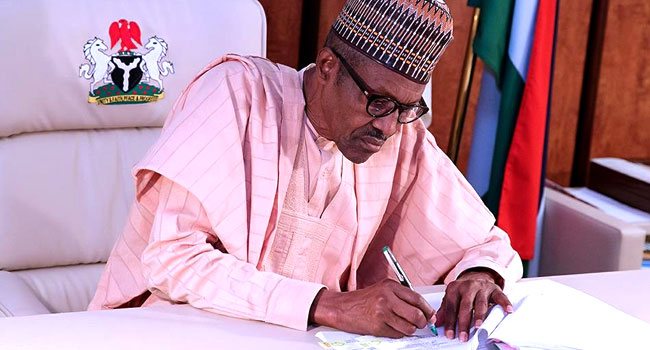 The Presidential Committee on the Implementation of autonomy of State legislature and State judiciary on Tuesday submitted its report to President Muhammadu Buhari at the State House, Abuja.

The Committee which was chaired by the former Attorney General of the Federation, AGF and Minister of Justice, Abubakar Malami recommended the signing of Executive Order by the President for the immediate take-off of the implementation of the autonomy for states legislature and the judiciary.

Speaking with State House correspondents after submission of the report, Malami said, “Well, substantially, arising from the position of the President relating to the deepening of democracy relating to upholding the provisions of the 1999 Constitution of the Federal Republic of Nigeria as amended, within the context of governance, Mr. President had sometimes back in March, 2019, precisely, put in place a committee.“That committee was mandated to package and make recommendations as it relates to the application, operations and observance of section 121 of the Constitution which establishes the autonomy of the States Legislature and Judiciary.“So, the intention of the committee is to see what can be done with effect to the Constitutional order with respect to the autonomy of the states Legislature and Judiciary in the context of the provisions of the Constitution.

“So, today the committee has concluded its assignment substantially by way of making available to the President, an interim report indicating the modalities this should follow with due observance of the provisions of the section 121 and due observance of the sustenance of the independence of the States Legislature and Judiciary.“So, it is about the Constitutional order, it is about the sustenance of the requirements of the Constitution as it relates to the independence of the Legislature and the Judiciary and the committee has presented its report to Mr. President.” he addedOn how soon the implementation will commence, he said, “Well, the independence has already been established by the Constitution so, it is now about the implementation of the modalities and amongst the recommendations made to Mr. President is an Executive Order by the President designed to give effect to the implementation of section 121 which Constitutionally establishes the independence of the two arms of government.“So, it is about the application, Operation and enforcement of the provisions of the Constitution and with the signing of the Executive Order, l believe the necessary formalities of the wholehearted implementation of this provisions will come into effect.”On his continued membership of the committee despite Cabinet dissolution, Malami said, “I am here based on the powers of Mr. President who exercises the powers of his prerogatives to appoint anyone, and as a Nigerian for that matter. This remains a prerogative of Mr. President.”