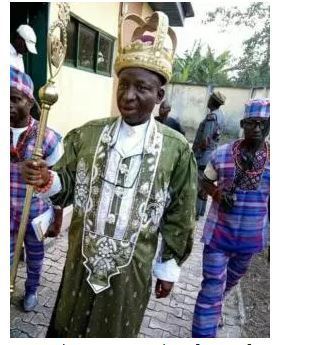 The Rivers state monarch, Eze Edison Omeodu of Omofe Rundele in Emohua local government area of Rivers, who was kidnapped last week bu some unknown gunmen has regained his freedom.

Confirming his release, his wife, Dr. Nnenda Omeodu, said a ransom was paid to secure the monarch’s release. Eze Edison Omeodu was abducted along with his driver on Friday, July 5 at the Emohua axis of East-West while on his way back from Port Harcourt. The amount paid as ransom for his release was not disclosed by his wife.