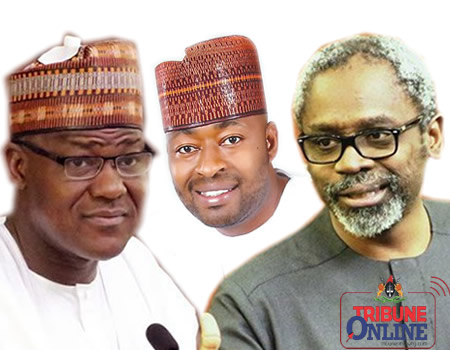 The last may not have been heard about the race for the Speakership of the House of Representatives in the Ninth National Assembly as the outgoing Speaker of the Eight Assembly, Hon Yakubu Dogara of the Peoples Democratic Party (PDP) has reportedly joined the race.

This was announced through a campaign launched on social media by Dogara’s aides over the weekend with various posters tagged “continuity”.

The Tribune Online further gathered that there was another one tagged ‘God chose Rt. Hon speaker Dogara Yakubu in the 8th Assembly, not any Lagosian, we believe he would do it again for us in the 9th Assembly’ and ‘#Dogaraforspeakeragain’ are also going viral in the social and online media to rally support for Hon Dogara.

Hon Dogara defeated Hon Gbajabiamila by 8 votes to emerge the Speaker of the 8th Assembly and later defected to the main opposition, the PDP.

All efforts to speak with the Special Adviser on Media and Public Affairs to Hon Dogara, Mr Turaki Hassan, on the development proved abortive as all calls and short messages to him were not replied.

However one of the close allies of the Speaker and a returning member told the Tribune Online in confidence that the project “Dogara for Speaker again” was real.

This is coming just as the Tribune Online learnt in Abuja on Saturday that all is now set for the endorsement of Hon Femi Gbajabiamila, the APC preferred candidate for the seat by progressives lawmakers in the House but who are not members of the APC.

Findings revealed that the 9th Assembly progressives comprising 64 non-APC members led by a ranking and returning member, Hon Oluwole Oke, representing Obokun-Oriade Federal Constituency of Osun State, PDP, would be meeting on Tuesday (June 4th) to endorse Hon Femi Gbajabiamila as the Speaker of the House come June 11th 2019 when the new House is to be proclaimed.

A member of the group told our reporter in confidence that the action became necessary in order to further deepen the nation’s democracy for the people to enjoy true dividends of democracy.

When contacted, Oke confirmed the development but declined further comments.

Also in a related development, another leading contender for the seat, from the North Central under the APC, Hon Mohammed Bago is boasting of having 195 members-elect who had signed on for his candidature

Findings revealed that the move apparently showed that the members-elect may have largely bought into the equity agitation of the aspirant.

Similarly, 156 members were said to have openly declared support for his candidature recently after a meeting at a location in Gwarimpa, Abuja.

Bago, a third-time member is generally regarded as the champion of equity and fairness in the contest for the speakership.

Speaking on the current standing of the candidates, a member elect from the Southwest told newsmen in Abuja on Friday that the current swing towards Bago may have arisen from a combination of factors, chiefly his brilliant showing at the interaction which the rival PDP, held with all the aspirants, including Gbajabiamila, at the Transcorp Hilton recently.

Besides this, the member-elect who craved anonymity stated that “even within the ruling APC, Hon. Bago has so deftly sold his message that he is currently running neck to neck with Gbajabiamila for the signature of our party members.”

The member-elect also disclosed that the current crisis of confidence raging among top APC stalwarts is also working perfectly in Bago’s favour.

The member who was obviously referring to the godfather spat between Kaduna State Governor, Nasir el-Rufai and National Leader of the party, Alhaji Bola Tinubu, as well as this week’s epistle by Deputy National Chairman, North of the APC, Senator Lawan Shuaibu, asking the party’s National Chairman, Adams Oshiomhole, to resign stated that Bago’s candidacy is being adopted, promising a surprise on the inauguration day.

The member-elect hinted that arising from the uncertainty surrounding the brickbats, many top members of the party from the Northwest and Northeast zones have started making overtures to the Bago group in search of accommodation.

“In fact, if things continue the way they are going, before the end of Sallah festivities billed for next week, the Bago campaign would have become a hurricane, with no fewer than 230 members elect on board,” the member said.

When contacted for comments on the new development, the Spokesman of the Hon. Bago Campaign Organisation, Hon. Victor Afam Ogene, stated that issues that have to do with members-elect supporting Bago would remain closely guarded until a few days to the inauguration.

According to him: “You know this is a contest involving only 360 members as the electorate, so we are focusing on those that would vote for us, instead of engaging in show-off trips.”