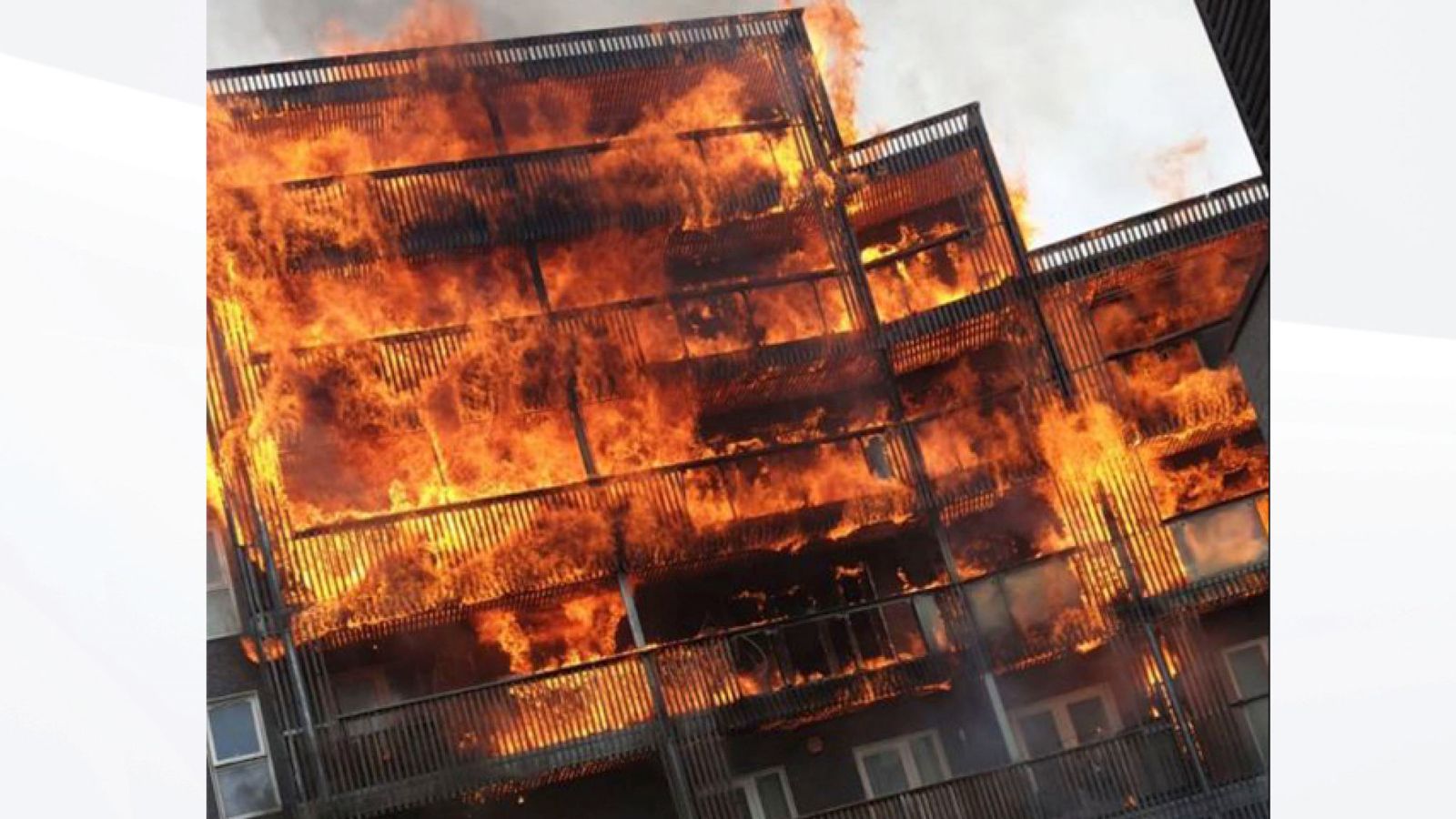 About 100 firefighters have been tackling a fire at a block of flats in east London.

The “ground floor to the sixth floor are alight”, London Fire Brigade tweeted, before saying that the fire was “under control” shortly before 6pm.

Fifteen fire engines were called to the scene in De Pass Gardens in Barking at 3.31pm on Sunday.

London Ambulance Service said it had “crews on standby” but there were “no reports of any injuries at the moment”.

Scotland Yard also said there had been no reported injuries, adding that officers were assisting firefighters.

It is not yet known what caused the fire.

Residents who have been evacuated are advised to go to Thames View Community Centre on Bastable Road.