Boy, 10, Mauled To Death By Dog At Holiday Park 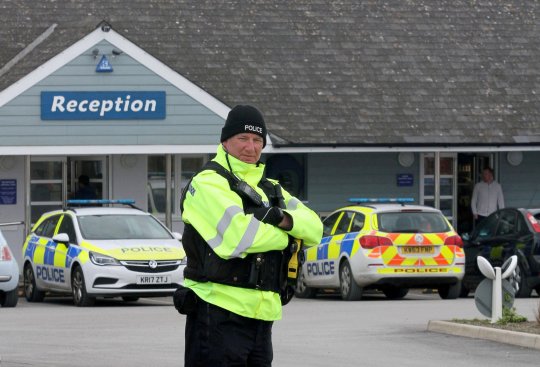 A ten-year-old boy has died after being attacked by a dog at a holiday park during the school Easter holidays. Police were called to Tencreek Holiday Park, in Looe, Cornwall, just before 5am on Saturday to reports of the youngster being in an ‘unresponsive’ state. Cops say he had been attacked by a dog, believed to be a bulldog-type breed.

Emergency services attended but the child was pronounced dead at the scene.

One woman, 28, was arrested three hours later in Saltash, Cornwall, 15 miles from where the incident occurred at the park in Looe, Cornwall, and remains in police custody.

Devon and Cornwall Police said: ‘The boy’s next of kin are aware and are being supported by police officers.

‘Following this incident, searches were undertaken to locate the dog and its owner.

‘Police arrested a 28-year-old woman in Saltash just after 8am this morning in connection to this matter.

‘The dog was also located which has since been transferred to kennels.

‘Enquiries continue into this incident.’

Manager of the park Robert Ellwood said: ‘I arrived this morning and police were already on site. Due to the amount of police we knew it must be something major but we have not been told anything.

‘I have asked the police but they won’t give us any information.’

One witness said: ‘Police have been here all morning and checking what was going on. There are police stopping people going in and a static caravan has been sealed off.

‘The park is effectively in lock down and we have heard there has been a fatality. It is so sad to hear a child is involved. Just awful.’