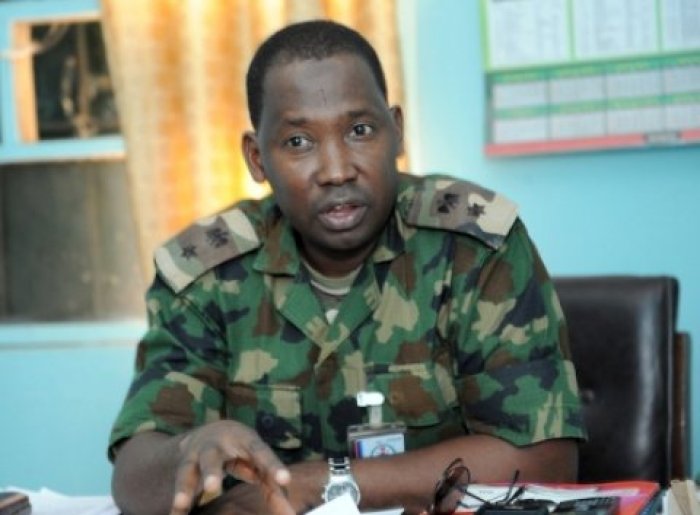 The Nigerian Army on Saturday alleged that some unpatriotic individuals, groups and foreign interests were working against the security situation in the country in particular and West African Sub-region in general.

It said they were making concerted efforts to further induce ISWAP/Boko Haram terrorists and bandits with funds and other logistic support.

Colonel Sagir Musa, Acting Director, Army Public Relations, in a statement said their body language and unguarded utterances seem to be in tandem with the above and imply tacit support for the criminals.

He noted: “For example, credible source has shown that some individuals are hobnobbing with Boko Haram terrorists, while others are deliberately churning falsehood against the security agencies with a view to set the military against the people and the government.

“They are also demoralising troops and security agencies through false accusations and fake news. Therefore, it has become necessary to inform the public and warn such persons and groups to desist as the consequences of their actions would be calamitous to themselves and our great country.

“Some of these mischievous elements thought that we would not have a safe and successful general elections but were proved wrong, hence they want to derail the scheduled handing over later this month and to scuttle the democratic process in the country.

“We also noted that foreign interests are also working assiduously to cause disaffection and divide the coalition Multinational Joint Task Force (MNJTF) to give room for the so-called Islamic State for West African Province (ISWAP) and its defeated local franchise, Boko Haram terrorists group to resurrect.

“While we have confidence on the Federal Government of Nigeria’s efforts at sustaining and reinvigorating the MNJTF to continue it’s good work, we would not relent in clearing the visages and remnants of Boko Haram terrorists and their sympathisers.

“The Nigerian Army is a stakeholder in our national security and sustenance of democracy in Nigeria. Additionally, we are making this statement because the military, particularly the Nigerian Army, has always been called upon to intervene in conflict situations in order to resolve crises in most cases when they get worse, while the public expect miracles.

“We would like to reiterate our unalloyed loyalty to the Constitution of the Federal Republic of Nigeria and we are determined more than ever before, to continue to uphold the constitution and defend the territorial integrity of this nation from both external and internal aggression.

“Nigeria is a sovereign country with clearly established judicial system, therefore all aggrieved persons and groups should take advantage of that and resolve differences amicably.”

2019-05-04
Previous Post: Gavin Williamson: Huawei Leak 'Not A Criminal Offence' Says Police
Next Post: Husband From Hell: ‘He Raped My Daughter And Bathed Me With Acid’