Amaechi Is Not The Owner Of Rivers State – Wike 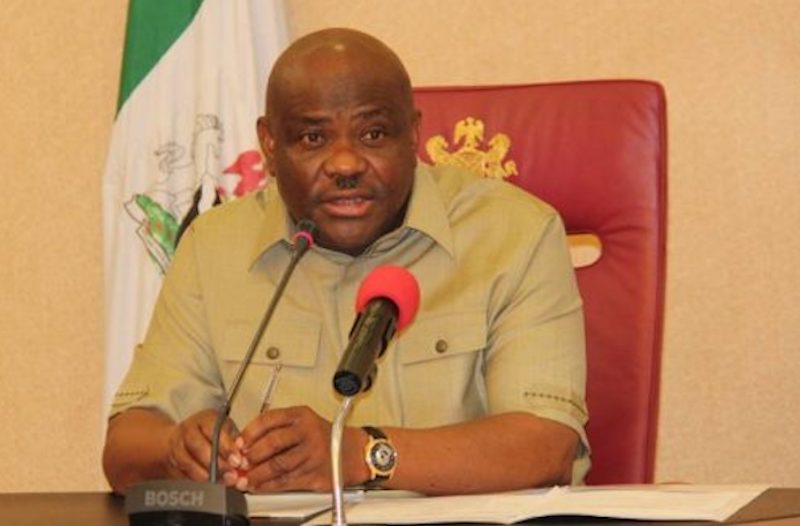 Rivers State Governor, Nyesom Wike has said that the Minister of Transportation, Rotimi Amaechi, is not in the position to decide who runs for governor of the state.

The governor, who spoke to journalists on Tuesday at the Government House, was in response to an earlier comment made by Amaechi.

Amaechi had said on Channels Television’s Sunrise Daily on Tuesday, that there is no war between him and Wike, and the issue between both of them was due to Wike’s decision to run a second term.

Wike said that he wouldn’t have responded, but he owes the public the duty to set the record straight.

“We want everybody to come back and work together for Rivers state to move forward.

“But it is unfortunate that if the former governor of the state made the statement, he is not in my party. It is my party that gave me a ticket to go for a second term which I deserve, having done well in my first tenure.”

The governor recalled an earlier statement allegedly attributed to Amaechi.

“If I did not do well in my first tenure, my party, PDP, will not allow me to fly the flag of the party. Remember that in 2015, the same man vowed that over his dead body will I be governor of Rivers state, it’s on tape, and everybody knows that.

The Governor noted that; “we have a population of not less than six million people and not less than 3.5 million registered voters. And therefore, it will be irreconcilable for one man to say his anger is because I want to go for a second tenure. It is the people of the state that will decide.”

2019-05-07
Previous Post: Rivers Politics: There Is ‘No War’ Between Wike And I – Amaechi
Next Post: Six Pupils Score Highest Mark In Common Entrance – Minister