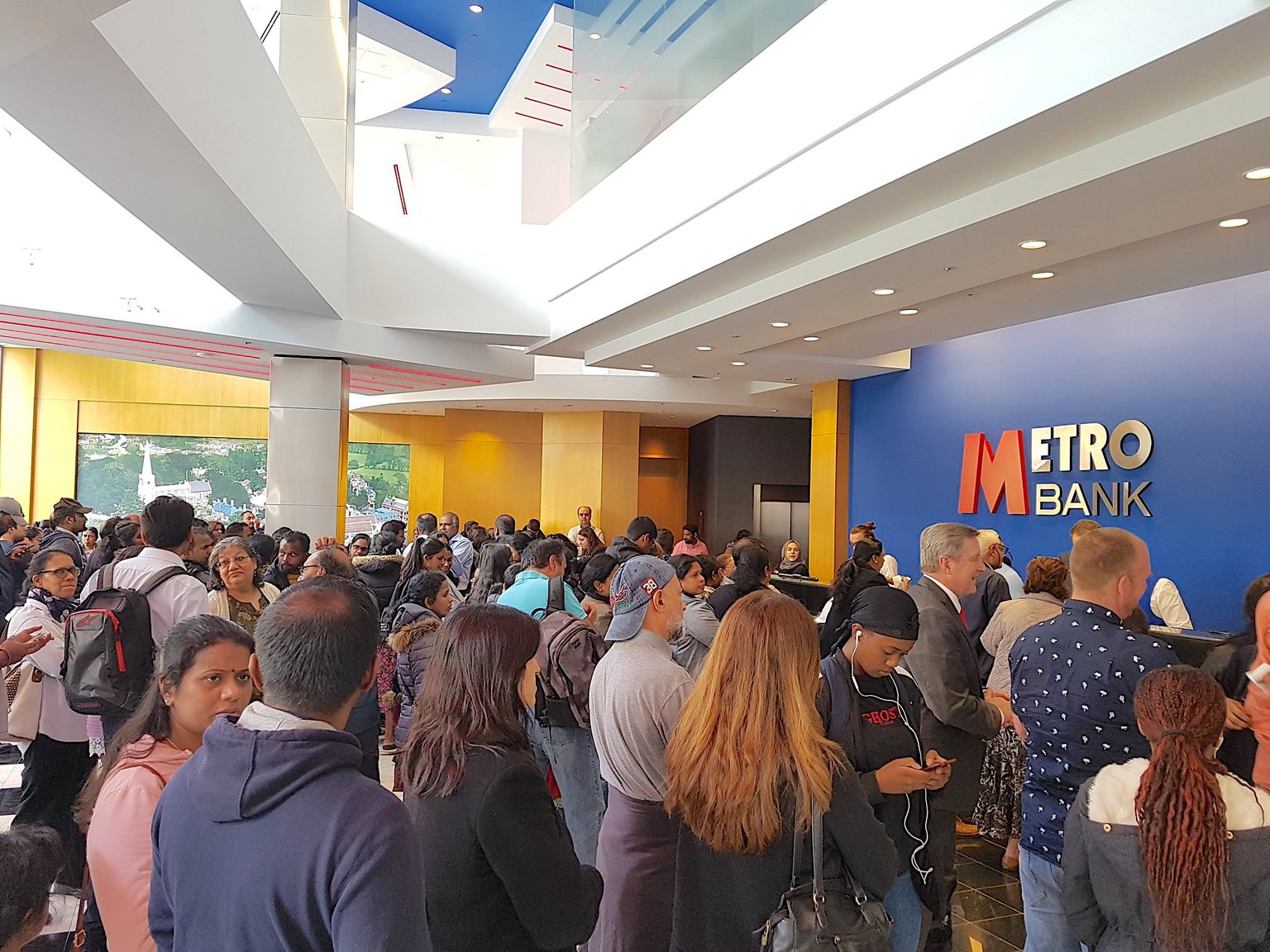 Metro Bank has seen its shares come under pressure after the lender was forced to quash “false rumours” on social media over its financial health and said plans to shore up its finances were well advanced.

The troubled group saw its stock drop 5% after it said it was in final discussions with existing and new shareholders over plans to raise £350 million of equity, which is expected to complete by the end of June.

It came after a difficult weekend which saw the group suffer a rush of customers to some of its west London branches, following a WhatsApp message advising people to pull money out of their accounts and empty safe deposit boxes.

Many customers have vented their frustrations and concerns on social media over the “rumours” regarding Metro Bank’s financial health.

Customers have questioned Metro Bank whether they should be worried about their accounts and deposit boxes.

Imran said: “I’m hearing reports people are closing their accounts in fear of the bank closing”.

However the banking group said in a statement at the weekend: “We’re aware there were increased queries in some stores about safe deposit boxes following false rumours about Metro Bank on social media and messaging apps.

“There is no truth to these rumours and we want to reassure our customers that there is no reason to be concerned.”

The rumours come after a tumultuous past few months for the group, following an accounting blunder and slump in profits.

In January, Metro flagged it had miscalculated the risk weighting of commercial loans secured on property and certain specialist buy-to-let loans.

It later announced a £350 million cash call to make up for the shortfall on its balance sheet.

Michael Hewson, chief market analyst at CMC Markets, said: “Not surprisingly shareholders are furious, having already been tapped for £300 million last summer and while the bank has announced this morning that the £350 million capital raising is well advanced, they haven’t answered any of the questions around why the error happened in the first place.”

The group’s first quarter figures earlier this month showed quarter-on-quarter deposit growth was affected by some major customers withdrawing during the fallout from the debacle, resulting in a 3.6% reduction.

2019-05-13
Previous Post: Court Slates June 3 To Hear Suit Seeking To Stop Tanko Mohammed’s Appointment As CJN
Next Post: I Am Upset With The Level Of Poverty In Nigeria – Buhari