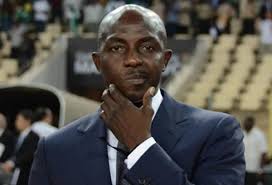 The abductors who kidnapped Beauty Siasia, the mother of former Super Eagles coach, Samson Siasia, have demanded N70m ransom before the 76-year-old could be released, The PUNCH has reliably been informed.

Siasia’s mother was taken away by unidentified armed men on Monday, from her home in Odoni, Sagbama Local Government of Bayelsa State for the second time in four years.

Siasia informed The PUNCH that the abductors had reached out to his family and have made outrageous demands.

“The Nigeria Police Force are doing their best and I hope they get her back,” he said.

“The abductors have demanded N70m as ransom, which is alarming, though no amount is too much to get the soul of one innocent person out of danger.

“We are pleading that they be considerate in their demands as well. They should please release my mother.”

Siasia’s mother was taken away by the kidnappers without taking along her Blood Pressure drugs and mobile phone.