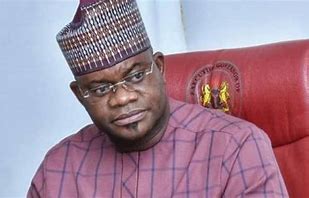 Kogi State Governor, Yahaya Bello, has commended the republican nature of the Igbo people, which he said was again on display in the recent election of a renowned diplomat, Professor George Obiozor, as the president-general to lead the prestigious apex Igbo socio-cultural organisation, Ohanaeze Ndigbo.

This commendation was made in a statement signed by Bello’s Chief Press Secretary, Muhammed Onogwu, a copy of which was made available to journalists in Lokoja yesterday in Lokoja, the state capital.

Bello noted that with the election of the professor of international relations to pilot the affairs of the Ndigbo, it has sent a strong message to the rest of the country, and indeed the world, that they remain willing to find common grounds with any other group ready to reciprocate their gesture.

He said the only thing left for the erudite Professor Obiozor, a former Nigerian ambassador to Cyprus, Israel and the United States, to do is to chart a progressive path for Ohanaeze, “which accommodates Nigeria’s diversity and democracy, and he would find that all people of goodwill stand ready to cooperate with him.”

Bello noted that charity begins at home, explaining that more important than any outside support is the support that the new Ohanaeze leadership will get from its own people.

He, therefore, called on all Igbo people to rally round their new leaders, even as he promised to visit him physically soon in the spirit of true brotherliness.

Bello said the struggle to entrench democracy deeper into the fabric of the Nigerian society is a team sport, noting that Ndigbo remains one of the Most Valuable Players (MVP) on the field, just as he repeated his famous quote: ‘Ndigbo need Nigeria as much as Nigeria needs Ndigbo’.

The governor pledged the support of his administration for the new Ohanaeze Ndigbo leadership, pointing out that Kogi State shares many similarities with Ndigbo, including contiguous territories, language and culture.

He pointed out that a significant population of Ndigbo live and do business in Kogi State, with one of them, Moses Okezie-Okafor from Ukpor, Nnewi South Local Government Area of Anambra State, occupying a seat in the Kogi State Executive Council which he (Bello) presides.

“Kogi State has benefited from its relationship with the peace-loving and mercantile Igbo nation, and has built a symbiosis with them over the centuries which we will like to expand in the days and years ahead in partnership with Obiozor and his team,” he said.

He therefore advised the new Ohanaeze leader, who is a former director-general of the Nigerian Institute of International Affairs (NIIA), to invest his considerable experience and contacts, both within and outside Nigeria, to make sure Igbo land in particular and Nigeria in general enjoy unity, peace and progress during his tenure.

The governor saluted the outgoing President-General of Ohanaeze Ndigbo, Chief John Nwodo, for a successful tenure, even as he wished the incoming president-general and all the executives of Ohanaeze Ndigbo a productive time in office.