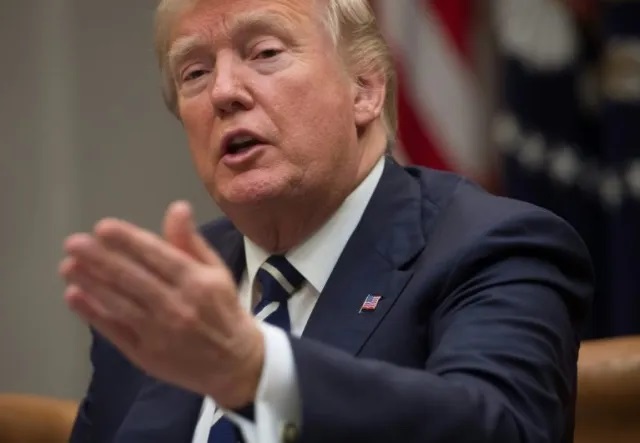 President Donald Trump said Thursday night that Hope Hicks, one of his closest aides, has tested positive for the novel coronavirus and that he’s recently been tested and is awaiting a result.

“She did test positive. I just heard about this,” Trump said in an interview on Fox News, about two hours after Bloomberg News first reported Hicks’s positive test.

“I just went out for a test, they just said it’ll come back later, I guess, and the first lady also because we spent a lot of time with Hope and others. So we’ll see what happens,” he added.

Hicks traveled with Trump aboard Air Force One to and from the presidential debate in Cleveland on Tuesday and to a Minnesota rally on Wednesday. She felt poorly in Minnesota and quarantined aboard the presidential plane on the way home, according to people familiar with the matter.

The people asked not to be identified because Hicks’s infection had not been publicly announced until Trump’s interview. Messages left for Hicks were not immediately returned.

“I’ll get my test back either tonight or tomorrow morning,” Trump said. He said he “was surprised” about Hicks’s infection, remarking that she often wears a mask. “She is a very warm person,” he said.

He suggested that members of the military or law enforcement might pose a risk of infection to White House staff, including himself.

“It’s a tough kind of a situation. It’s a terrible thing,” he said.

He added later in the interview that “people from the military or from law enforcement” approach him and his staff and “want to hug you and they want to kiss you because we really have done a good job for them.”

“You get close and things happen,” he said.

Hicks is the latest person in Trump’s orbit to contract the virus, which has infected more than 7.2 million Americans and killed more than 200,000. Other senior staff have contracted Covid-19 and recovered including National Security Adviser Robert O’Brien, but few spend as much time with the president as Hicks, whose service dates to his 2016 campaign.

Some people close to Hicks were told that she is experiencing symptoms of the disease.