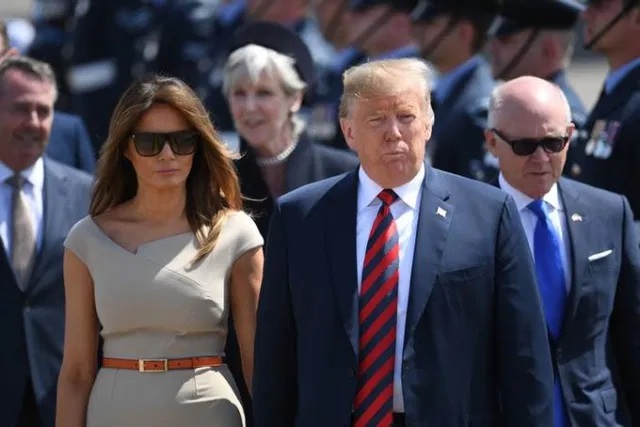 US President Donald Trump has been taken to hospital less than 24 hours after testing positive for coronavirus.

Mr Trump began exhibiting “mild symptoms” of Covid-19 on Thursday after disclosing that he and his wife had gone into quarantine late Wednesday.

He received a cocktail of drugs as a “precautionary measure”, the White House said, and was feeling “fatigued but in good spirits”.

He was transported to Walter Reed National Military Medical Centre.

The news comes just over a month before presidential elections, where he will face Democratic challenger Joe Biden.

A White House spokesperson said in a statement: “President Trump remains in good spirits, has mild symptoms, and has been working throughout the day.

“Out of an abundance of caution, and at the recommendation of his physician and medical experts, the president will be working from the presidential offices at Walter Reed for the next few days.

“President Trump appreciates the outpouring of support for both he and the first lady.”

Walter Reed, in the Washington DC suburbs, is one of America’s largest and most renowned military medical centres. It is where US presidents usually go there for annual check-up.

Mr Trump’s physician Sean Conley said in a statement earlier on Friday that the president had “as a precautionary measure received an 8g dose of Regeneron’s polyclonal antibody cocktail”, which is administered to help reduce virus levels and speed recovery.

“As of this afternoon he remains fatigued but in good spirits,” he added. The first lady was “well with only a mild cough and headache”.