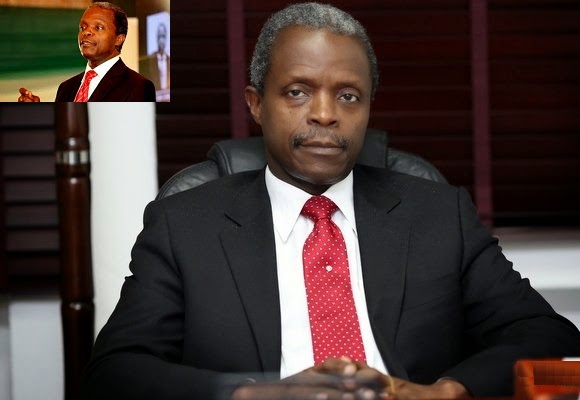 The Vice President, Prof. Yemi Osinbajo yesterday estimated that the African cross-border informal trade is worth $93 billion.
This is just as the vice president begins a four-day official visit to Arusha, Tanzania today. Osinbajo, in a message sent to a roundtable on industrialisation in Africa with the theme: “Positioning African Industries for Economic Transformation and Continental Free Trade,” organised by the Manufacturers Association of Nigeria (MAN) to celebrate its Golden Jubilee, stressed the need to rapidly operationalise effort by Afreximbank to establish a Pan-African Payments and Settlement Platform.

This, according to him, “will go a long way in creating the desired continental payments system and also in facilitating cross-border informal trade which is estimated to be about $93 billion per annum.”

The Vice President, according to a statement by his spokesman, Laolu Akande, also declared that the African Continental Free Trade Area (AfCFTA) offers limitless opportunities for the industrialisation of Africa, urging authorities to take the right actions to actualise them. He stated that such actions include the protection of local industries and improving value chains.

According to him, “for certain, the AfCFTA is indispensable if industrial development is to take off in Africa because it offers wider markets and economies of scale which are essential for manufacturing to be competitive.
“We must take policy actions to create an environment in which businesses can thrive. To start with, we must adopt the right type of macroeconomic and industrial policies.

“It is important for African governments to provide a stable macroeconomic environment which avoids and smoothens out volatility in prices, sharp deteriorations in the current account and budget deficits and of course, rapid accumulation in debt burdens.”

Speaking on actions that would boost manufacturing, Osinbajo said, “on the industrial side, policies like tariffs, quotas, subsidies and non-tariff barriers which protect our infant industries so that they can create jobs and enable learning are vital.”

He added that, “well negotiated rules of origin are important in the context of the free trade agreements as they are key to preventing trans-shipment and the deflection of trade. Without them, firms from non-state parties could set up simple labelling operations in one member-state with a view to shipping already finished products to another member State without really adding any value.”

Osinbajo observed that it is important for MAN to involve itself in an advisory capacity to government negotiators “as we go further into the rules of origin negotiations (these rules negotiations have, of course, started), but I think as we go on, we should get more contributions and advise from MAN.

“Our manufacturers must also strive to become competitive after clearly specified time periods so that they can withstand the ever present danger of stiff competition from imports. In other words, while our manufacturing industries must be nurtured and supported, they cannot remain infants forever”.

Stressing the need to enhance industrial competitiveness, Osinbajo noted that, “one of the ways to increase the competitiveness of African industries is to develop and deepen regional value chains wherein production systems starting from conception and design right through to supply of raw materials, processing, transport, storage, marketing and sales take place within our countries and continent.”

Citing examples of Nigeria and South Africa, he explained, “when we export commodities to the rest of the world, we are also exporting jobs and the positive spillover effects such as learning that come with manufacturing are lost.
“Happily, we are already beginning to see some green shoots emerging in this regard as Nigerian fertiliser blenders obtain phosphates from Morocco for blending with urea produced in our petrochemical plants. Similarly, South African car manufacturers already buy leather for car seats from Botswana. We however need much more of such activities.

He identified some other things that need to be put in place “if we are to see the kind of manufacturing activity that we desire. First of all, we need to develop a strong infrastructural base. Extensive, cheap and affordable infrastructure is vital for the success of our economies.

“We must build a network of roads, bridges and rail that will facilitate the movement of goods and people just as we build the electricity plants to power our factories and the broadband networks that lubricate modern business. It would also be essential in the interim to develop sites with dedicated infrastructural and regulatory structures like Special Economic Zones and Shared Facilities for small businesses.”

Osinbajo added that another major objective of policies aimed at preparing industries for AfCFTA “must be to ease payments across borders and implementation of the protocols on free movement of persons”.
Meanwhile, the Vice President is going on a brief official visit to Arusha in Tanzania from Thursday (today) to Monday.

Osinbajo, who is expected to be received by his Tanzanian counterpart, Dr. Philip Mpango, will be visiting the African Court of Justice and Human Rights (ACJHR), an African Union agency in Arusha, among other engagements before he returns to Abuja on Monday.