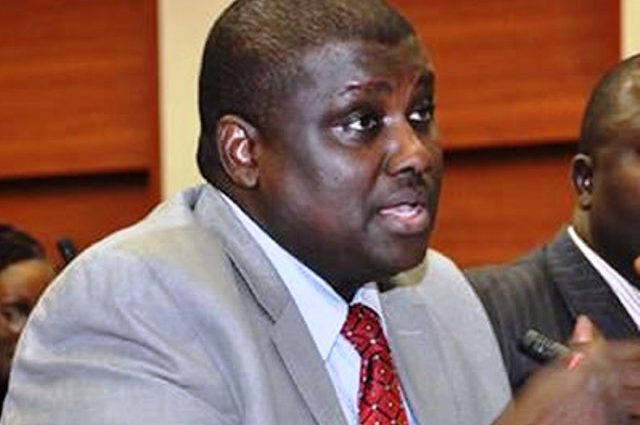 The police have commenced the processes for the extradition of the former chairman of the defunct Pension Reform Task Team, Abdulrashid Maina, who was arrested in Niamey, Niger Republic, on Monday.

He was apprehended through the joint efforts of the Nigeria Police Force, INTERPOL National Central Bureau, Abuja, and their Nigerien counterparts.

Maina is currently in a detention facility in Niger Republic awaiting the completion of the extradition processes.

The Force spokesman, DCP Frank Mba, in a statement on Tuesday, said the police were perfecting the paperwork for the repatriation of the fugitive from Niger where he fled in a bid to escape justice for allegedly stealing N2 billion.

It explained that Maina would soon be brought back to the country to continue with his ongoing trial.

The former Ministry of Interior director is being prosecuted on 12 counts of money laundering to the tune of N2 billion by the Economic and Financial Crimes Commission.

He had jumped bail forcing the trial judge, Justice Abang Okon, to issue an arrest warrant against him.

He was said to have stopped attending his trial since September 29, 2020, prompting Justice Abang of the Federal High Court, Abuja, to order the remand of his surety, Senator Ali Ndume, penultimate Monday.

The court, however, granted bail to the Borno South Senator, last Friday.

The police in their statement titled, ‘Abdulrashid Maina to be extradited to Nigeria soon,’ said, “Following the arrest of former chairman of the Pension Reform Task Team, Abdulrashid Abdullahi Maina in Niamey, Niger Republic, the Nigeria Police Force is perfecting extradition processes of the fugitive to Nigeria to enable him face trial in pending criminal proceedings against him.

“Maina, who was declared wanted by a court of competent jurisdiction, was arrested on 30th November 2020 through the collaborative efforts of the operatives of the Nigeria Police Force, INTERPOL NCB, Abuja and their Nigerien counterparts.“

The force assured that “there shall be no hiding place for any suspect, no matter how highly placed.”