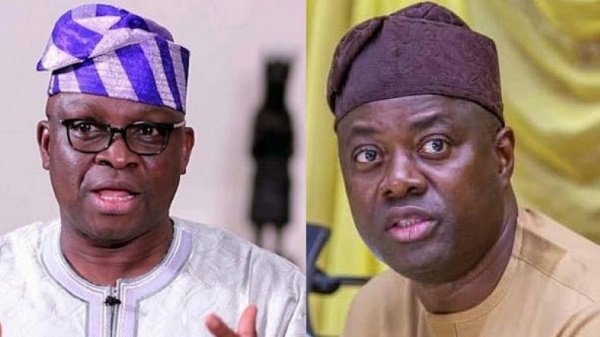 He made the declaration on Monday during the South-West Zonal Congress at the Women and Children Development Initiative Foundation (WOCDIF), Osogbo, Osun State.

Speaking in English and Yoruba, Fayose said “Nothing will last forever. And if I have offended anybody, I apologize.

“Don’t allow them to give us a name that’s not ours in Yorubaland. The time of our Governor, Seyi Makinde, will not fail.

Fayose further used a proverb to describe what went wrong. He said “Ija l’ode t’orin d’owe”. Meaning: “It was the fight that occurred that made a song become a proverb”.

“Seyi Makinde and I are one since. But under any leadership regardless of the level, you are our father. God will help you succeed.”